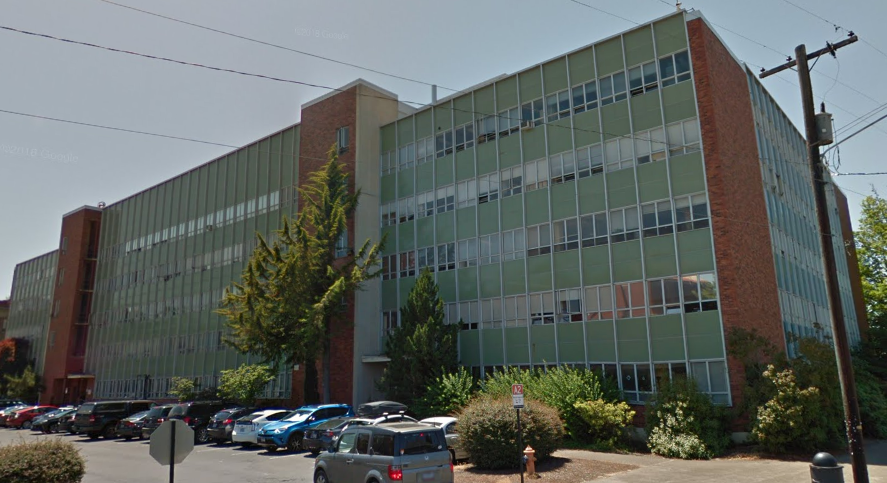 Completed in 1960 and dedicated in 1962, this building was originally known as the Physics-Chemistry Building. It was named for Willibald Weniger in 1966, the same year that a sixth floor was added. Weniger came to Oregon Agricultural College in 1908 after graduating from the University of Wisconsin with a PhD in physics. He was responsible for founding, organizing, and heading the physics department from 1908 until 1914, when he accepted a research position at the Nela Research Laboratory. Dr. Weniger then returned to OAC in 1920 and served as department head, Assistant Dean of the Graduate Division, Associate Dean, and, eventually, Dean of the Graduate School, until his retirement in 1949. Weniger is perhaps best known for his invention of a translucent blackboard and a typewriter attachment for typing Greek letters and mathematical symbols.

Oregon Digital: A search for Weniger Hall yields hundreds of results, many of them historic photographs and mentions of the building in university periodicals.