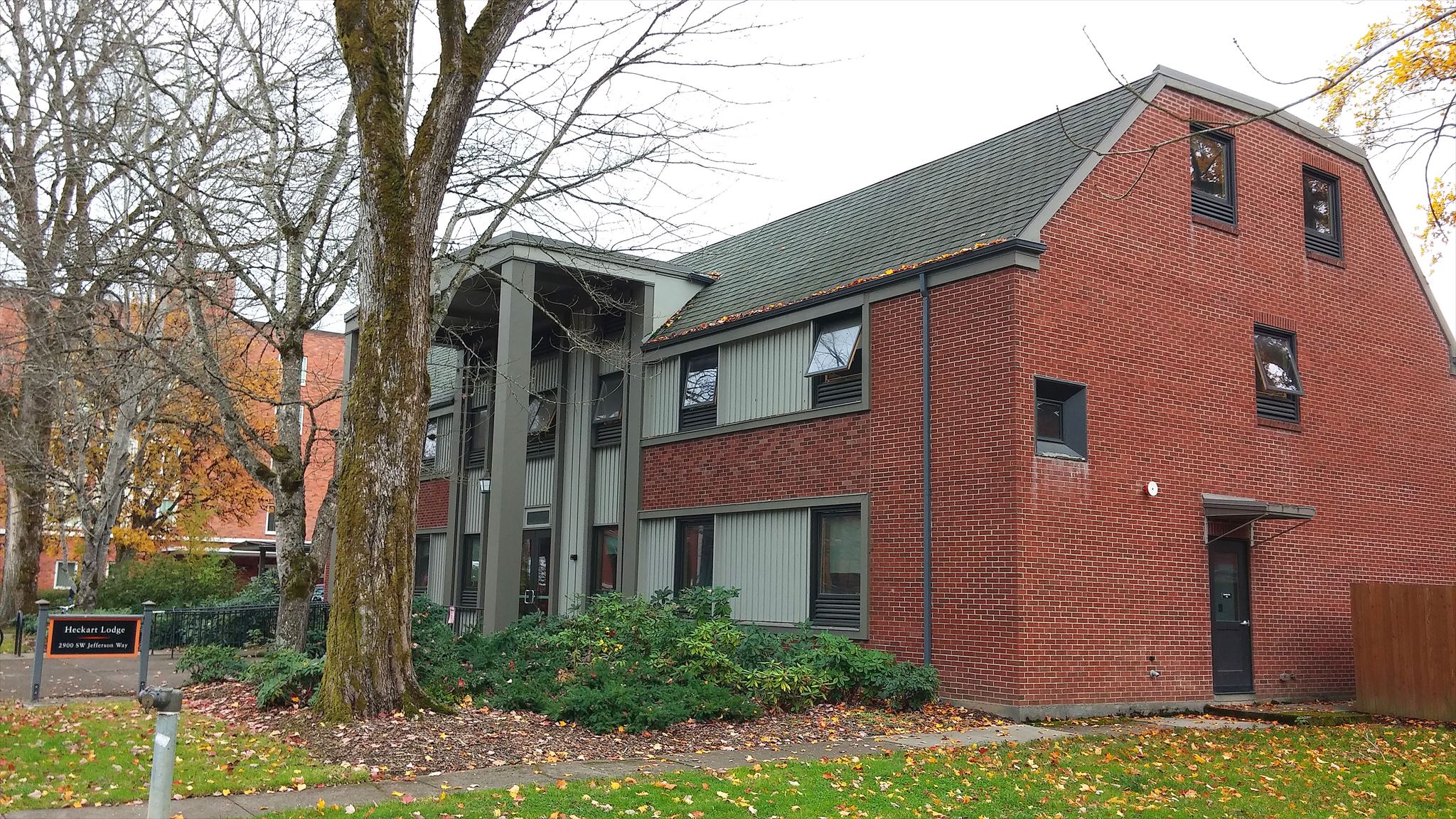 Heckart Lodge has seen many different tenants. It opened in 1954 and served as a men’s co-op and continued to serve this role into 2000s. It has continued to be adapted to fit a variety of needs over the years, and by 2014, it started housing INTO programs. It is currently serving as the disability access services testing center, allowing for proctored exams in a low distraction environment. Prior to the construction of Heckart, prefabricated structures built during World War II known as Central and Hudson Halls that opened in 1946 had been located on this land, serving as men’s dormitories. Hudson Hall was damaged by fire in 1953 and the decision was made to clear the land for a dormitory complex. The new structure was a student-managed cooperative men’s dormitory that paid the college a fixed rental fee. It was named after a boarding house for men run by Zelia Heckart.