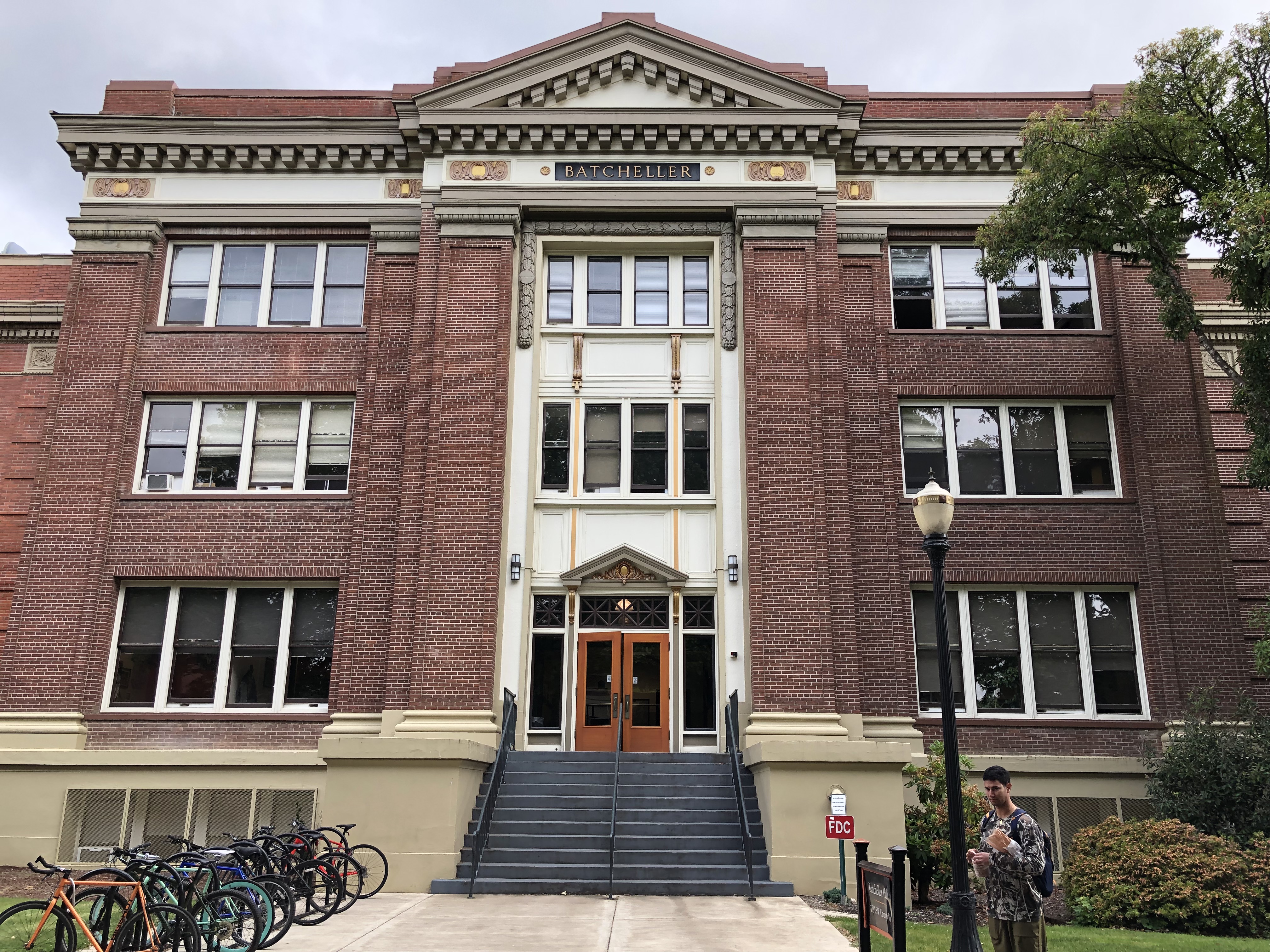 Batcheller Hall, originally called the Mines Building, was built in 1913 and has stayed true to Portland architect John Bennes' original plan, remaining nearly exactly how it was when it opened. It originally housed the early mining and engineering disciplines comprised of four departments: mining & metallurgical engineering, ceramics, chemical engineering, and economic & mining geology. During World War I, the School of Mines provided courses for the Student Army Training Corps in handling and use of explosives in mining engineering. In the budget squeeze of the early 1930s, the State Board of Higher Education closed the School of Mines and the work that happened in the building officially transferred to engineering. In 1965, the building was renamed for beloved mines professor and school head James H. Batcheller, also known as "Gentleman Jim." Batcheller was also well known for converting his automobile into an early recreational vehicle to allow his family to travel across country in 1926 without the need for lodging.

Oregon Digital: The Mines Building, now Batcheller Hall, was one of the best photographed structures on OSU's campus in the early 20th century. Oregon Digital contains a fascinating collection of photographs. As Batcheller Hall was one of the earliest structures built that is still standing, these photos, pamphlets, and periodicals give researchers a look into how campus itself changed over time.

SCARC: A quick search of "Batcheller Hall" in the Special Collections and Archives Research Center website provides a list of 8 different photography collections, as well as a link to the Edwin T. Reed papers, containing personal manuscripts and photographs about OSU's campus.