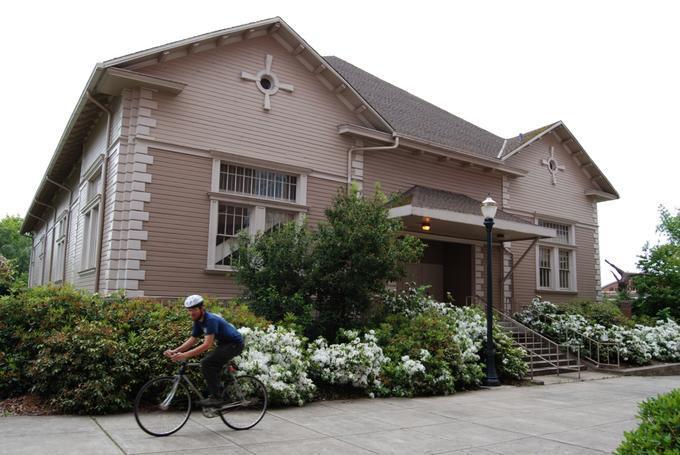 To meet the needs of a growing student body, the Board of Regents decided to erect an armory-gymnasium on the southwest corner of the campus in 1898. After being used for several years, the armory-gymnasium was remodeled in 1910 to be used exclusively for the gymnastic program and, in 1915, was renamed the Women's Gymnasium. When the women's gymnastics program was moved to the Women's Building, the gymnasium saw several uses between 1926 and 1933. IN 1933, the first floor of the building was remodeled to house collections for the College Museum, while continuing to be used by the R.O.T.C. Band program and the Oregon State Symphony Orchestra. In 1950, the building was renovated, converting it from a museum to a theater, later named the Mitchell Playhouse. The building was minimally maintained in the following years until it fell into poor repair, prompting its renovation.

Note: Due to the relatively recent renovation and renaming of the building, the Gladys Valley Gymnastics Center has little specific information in archival form.