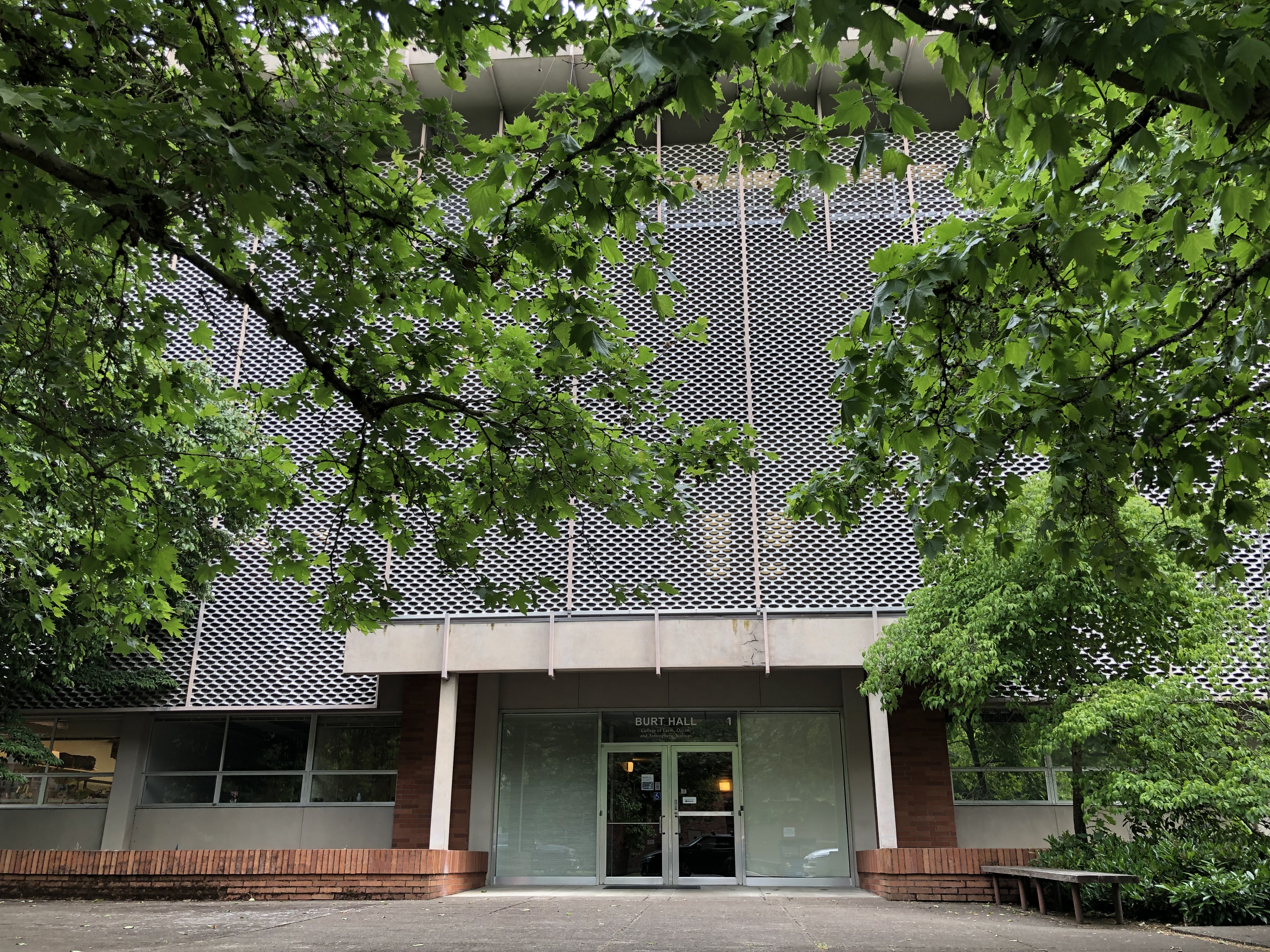 Built in 1964, the building served as home to OSU's rapidly growing oceanography department. It was later named Burt Hall after Wayne Burt, who was instrumental in establishing the oceanography program in 1959. As a result of Burt’s efforts, the university’s Marine Science Center in Newport opened as a research, education, and outreach facility in 1965.

SCARC: The Special Collections and Archives Research Center contains three photography collections, a memorabilia collection, and the College of Oceanic and Atmospheric Sciences Record group, all pertaining to Burt Hall.

Oregon Digital: Contains several photographs from the construction and completion of Burt Hall in 1963-4, as well as several newspaper entries about the building and Oceanography program.