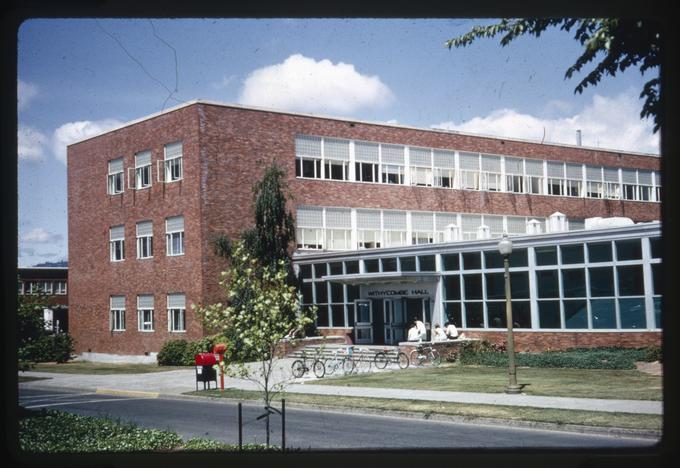 The home of the animal husbandry and dairy husbandry departments, Withycombe Hall opened in the spring of 1952. It is named after James Withycombe, an early 20th century director of the college's agricultural experiment station and governor of Oregon from 1915 to 1919. The building was constructed at the cost of $1,190,000 and is composed of two distinct wings - one for office and classroom space, and the other consisting of laboratory space. The wings are connected by a corridor, in which there is also a large auditorium, seating 230 people.

SCARC: The OSU Memorabilia Collection includes a program from the dedication of Withycombe Hall.

Oregon Digital: A search for Withycombe Hall yields several results, many of them photographs.