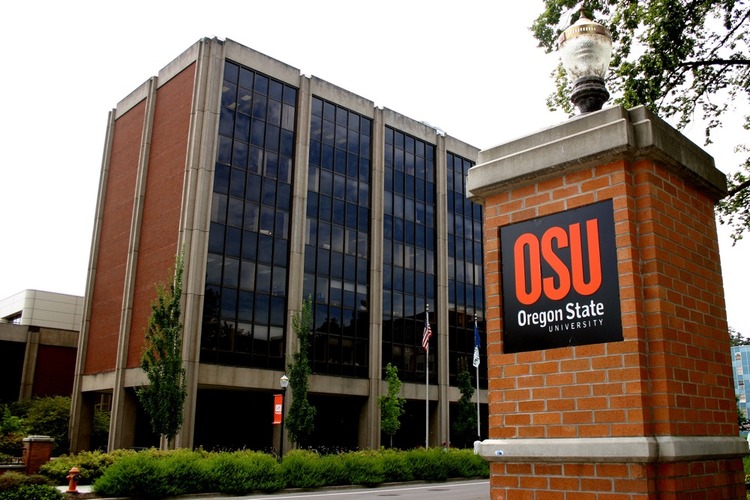 Opened in 1972 as the Administrative Services Building, this was the 15th structure at OSU to be constructed by the lift-slab method, in which all floors were completed at the ground level and later raised into place. It still includes two lift-slab floors on top for eventual expansion. Administration started out in Benton Hall, then moved to Bexell Hall, and after WWII hospital barracks were salvaged from Camp Adair and placed on the current spot of Kelley Engineering Center, they served as temporary administration space for 25 years. This current structure was renamed Kerr Administration Building in 1996. The Kerr name has graced the original library, now known as Kidder Hall and the current library now known as The Valley Library. William Jasper Kerr was the sixth president of Oregon Agricultural College and during his time, built 23 buildings, increased the school acreage from 224 to 555, organized schools into colleges, founded the Horner Museum, KOAC radio station and expanded the reach of the Extension Service. The enrollment also grew from 1,156 students in 1908-9 to a peak of 3,490 in 1928-29.