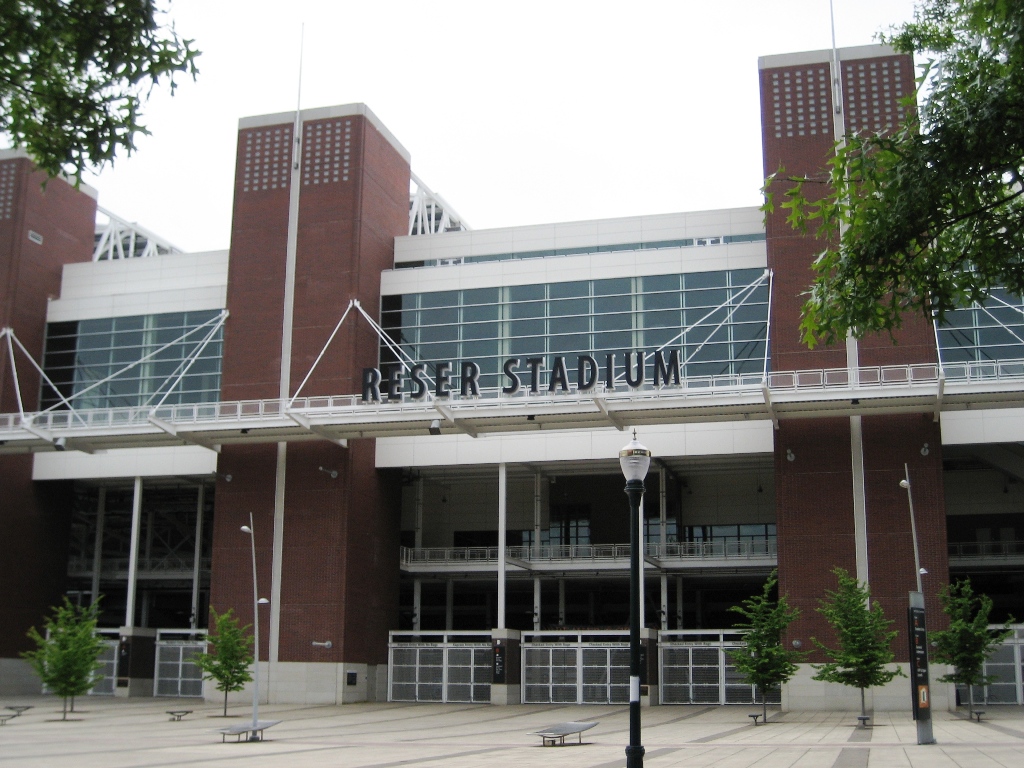 The home of the Oregon State University Beavers has had over $200 million in fiscal improvements completed since the 2005 season. Originally built in 1953 at a cost of $330,463 with a seating capacity of 28,000, the stadium has expanded multiple times over the last seven decades to over 45,000. The stadium was known as Parker Stadium until 1999, named for Charles T. "Charlie" Parker, a Portland businessman and 1908 OSU graduate who had played a major financial role in its construction. The area to the east of the stadium is now called Parker Plaza. A major renovation happened thanks to Al and Pat Reser, who made a significant leadership investment in OSU athletics. Both members of the OSU class of 1960, Al and Pat built their Beaverton-based family business, Reser Fine Foods, into an industry leader with 3,000 employees at nearly 20 facilities in the United States and Mexico.