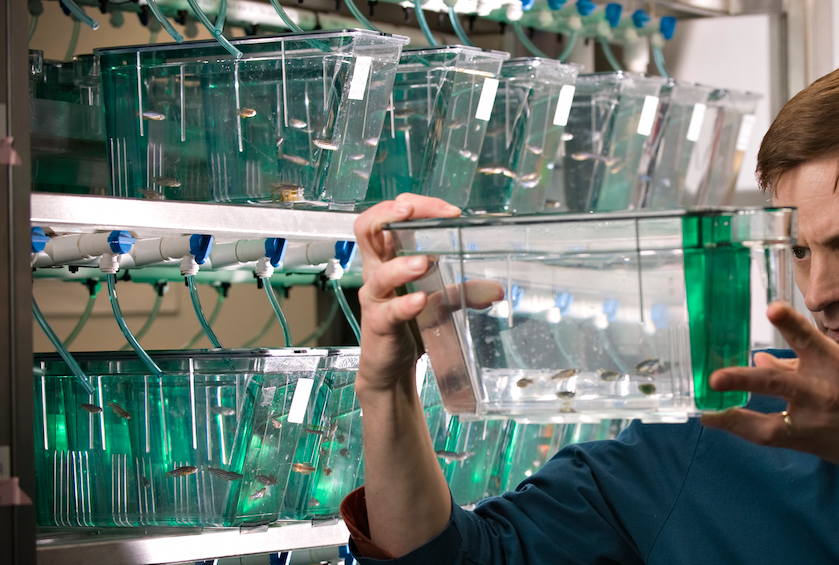 Constructed in 1964 and made possible by a grant from the National Institutes of Health, the Food Toxicology and Nutrition Lab included space for two laboratories, a diet mixing room, a workshop, and space for 48 fish tanks. In 1966, an additional laboratory was constructed, which doubled the number of fish tanks available, as well as adding a new workshop, another diet preparation room, and two constant temperature rooms. In 2004, the Food Toxicology and Nutrition Laboratory was rededicated as the Sinnhuber Aquatic Research Laboratory to honor the late Russell O. Sinnhuber, a researcher and professor at OSU in the department of food science and technology.