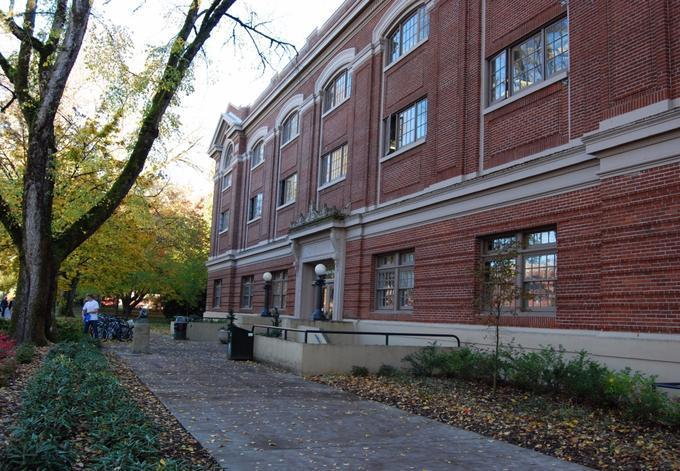 The Men’s Gymnasium, built in 1915, was designed by John Bennes. The pool and west wing were added in 1920. In addition to its use as a gym, the building was also used for commencement activities until Gill Coliseum opened in late 1949. Today, Langton is home to the exercise and sport science degree program within the School of Biological and Population Health Sciences in OSU’s College of Public Health and Human Sciences, and is used for physical education and other classes. The building was renamed Langton Hall in the early 1970s for Clair V. Langton, director of the Division of Health and Physical Education from 1928 to 1964. The nearby bronze sculpture is called “The Runner “ (1920) – it was one of the first pieces of artwork on campus.