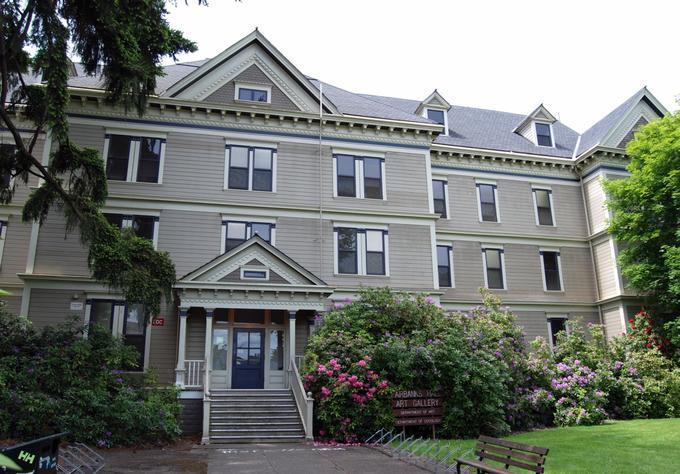 Built in 1892 as a dormitory for men, Fairbanks Hall was originally known as Cauthorn Hall, named for state Senator and OAC Regent Thomas Cauthorn. Designed by W.D. Pugh, the dorm could accommodate more than 100 students, with "amenities" including water, steam heat, electric lights, dining room, and a kitchen. Later it was renamed Kidder Hall for Ida Kidder, the university’s first professional librarian, and was converted into a classroom building in the early 1930s. It was then named Fairbanks Hall in 1964 for J. Leo Fairbanks, former head of the Art Department. Currently, Fairbanks houses classrooms and office spaces, as well as the Fairbanks Gallery of Art, OSU's professional art gallery with exhibitions which support the educational missions of Art and Art History and broaden the dialogue across University communities.

SCARC: The Special Collections and Archives Research Center contains multiple photograph collections, as well as personal papers and manuscripts pertaining to Fairbanks Hall. Of note is the Memorabilia Collection, box 26.16-26.17, which contains newspaper clippings, papers, photographs, and other ephemera.

Oregon Digital: Contains over 200 historic photographs and periodicals pertaining to Fairbanks Hall, documenting its change over time from Cauthorn Hall to the present day.