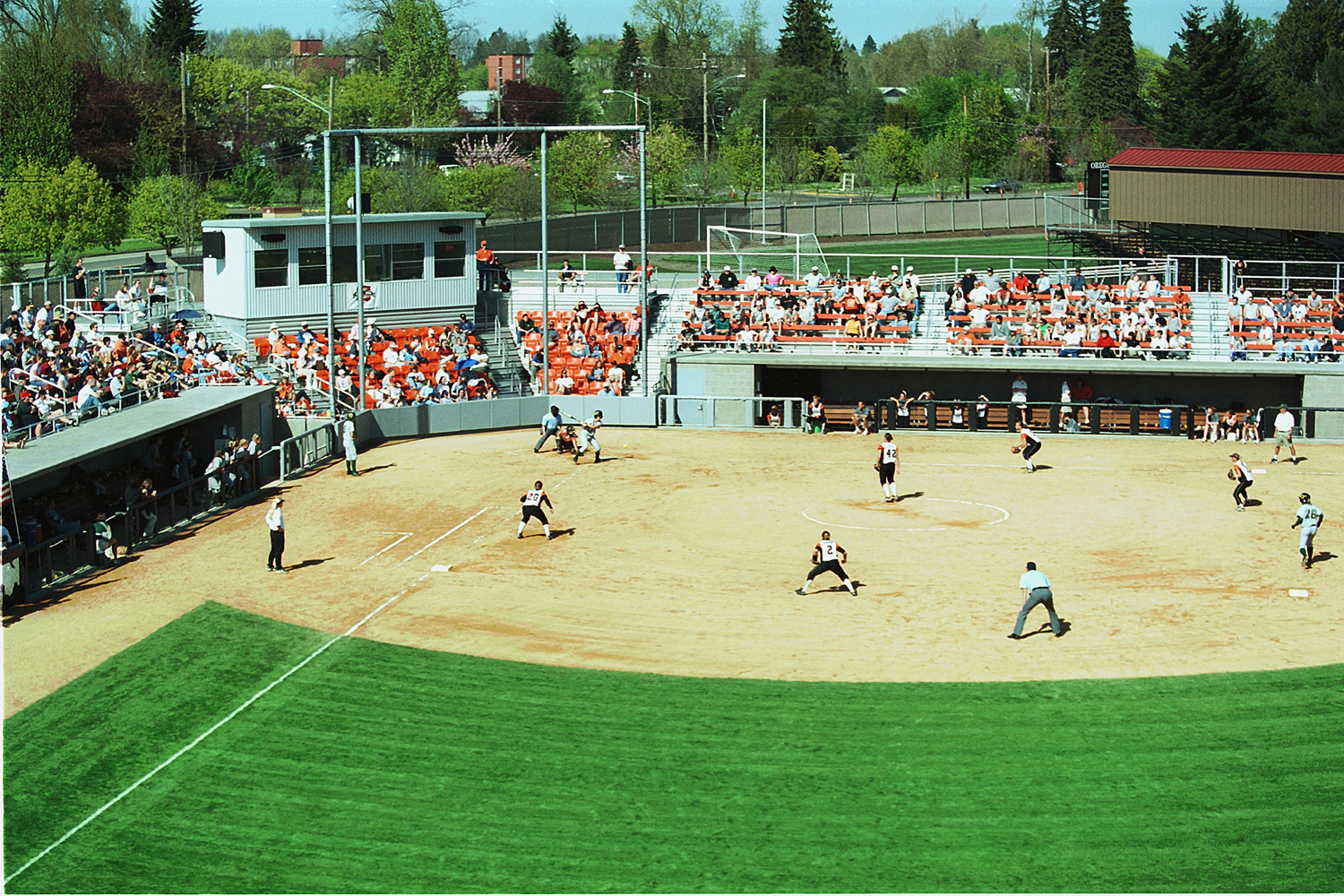 The $1.5 million Oregon State Softball Complex opened in April 2001 on the heels of the program's first back-to-back 40-win seasons and NCAA Regional appearances in 1999 and 2000. Since knocking off No. 1 UCLA on April 20, 2001 to open the facility, the Beavers have won over 60 percent of their games at home, including amassing nearly 50 wins over nationally ranked opponents. The complex features 750 bleacher seats, a concession and restroom facility, as well as one of the top playing surfaces in the nation. It was built on the site of the old Patrick Wayne Valley track and field.