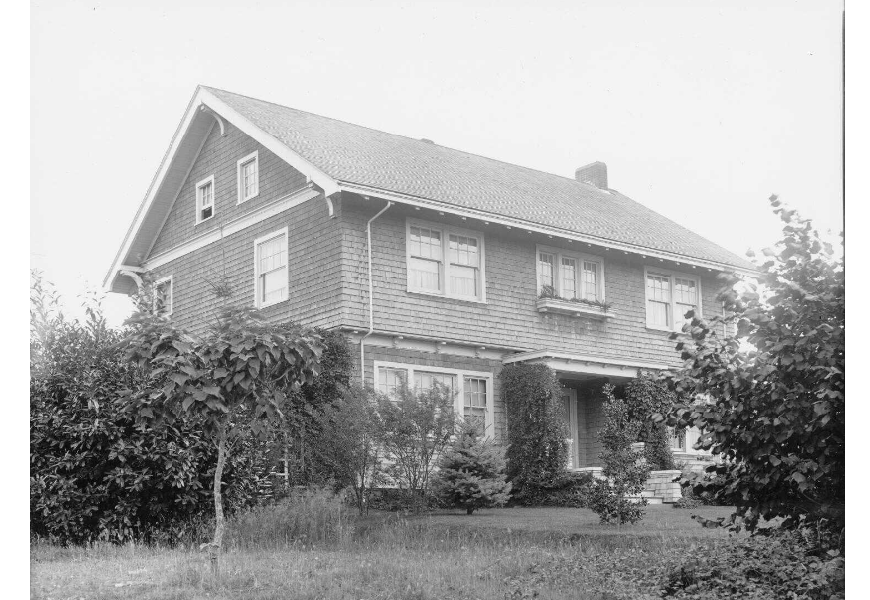 This house was built sometime in the first decade of the 20th century, and was named for Experiment Station director (and later governor) James Withycombe. In 1916 the house was purchased from the Withycombe family by the School of Home Economics for $6,000 upon instigation of Ava Milam Clark, the then-dean of the School of Home Economics. Later that year, it became the college’s first Home Management House, where advanced students of Home Economics practiced facets of home management and family living, including child care, food preparation, and home furnishing. The house was located at 2014 Monroe Street, just to the west of what is now Graf Hall. It was demolished in 1966 to make way for Rogers Hall.

SCARC: The Special Collections and Archives Research Center contains photographs, personal papers and manuscripts, and record groups documenting the history of Withycombe House, or the "practice house." Of special note in is Microfilm Reel 1 in the Human Development and Family Sciences Department Records, which includes samples of work performed by program participants in the 1960s, sample menus from the 1940s, and a list of practice house positions and duties.

Oregon Digital: Contains many historic photographs of the Withycombe House or "practice house," as well as periodicals pertaining to the greenhouses and programs within them.