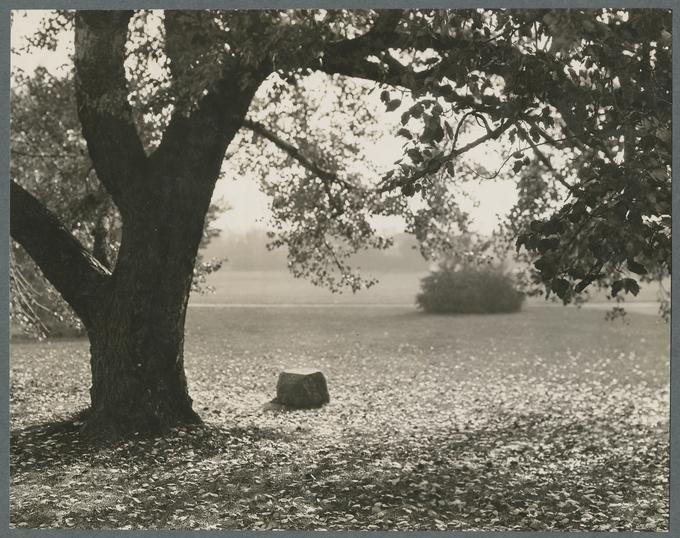 The Trysting Tree, a large Grey Poplar located to the southeast of Benton Hall, was a popular gathering spot on campus. According to one story, the tree was planted between 1880 and 1885 by George Coote. An early alumnus claimed that the Trysting Tree was named because of its "magical effects on students, especially in the spring time." The nickname evolved around 1900 when President Thomas Gatch admonished two students who were regularly meeting there for romantic purposes. The tree's popularity was such that the Board of Regents felt obliged to place two arc lights on the cupola of Benton Hall (then Administration Building) "to keep the tree from being overworked." On September 27, 1987, the Trysting Tree was cut down because of advanced disease in its trunk and limbs, cuttings from the original tree were kept and used to establish a replacement tree, which is located near present-day Furman Hall.

Oregon Digital: A search for the Trysting Tree yields hundreds of results, many of them photographs of the tree or mention in university periodicals.