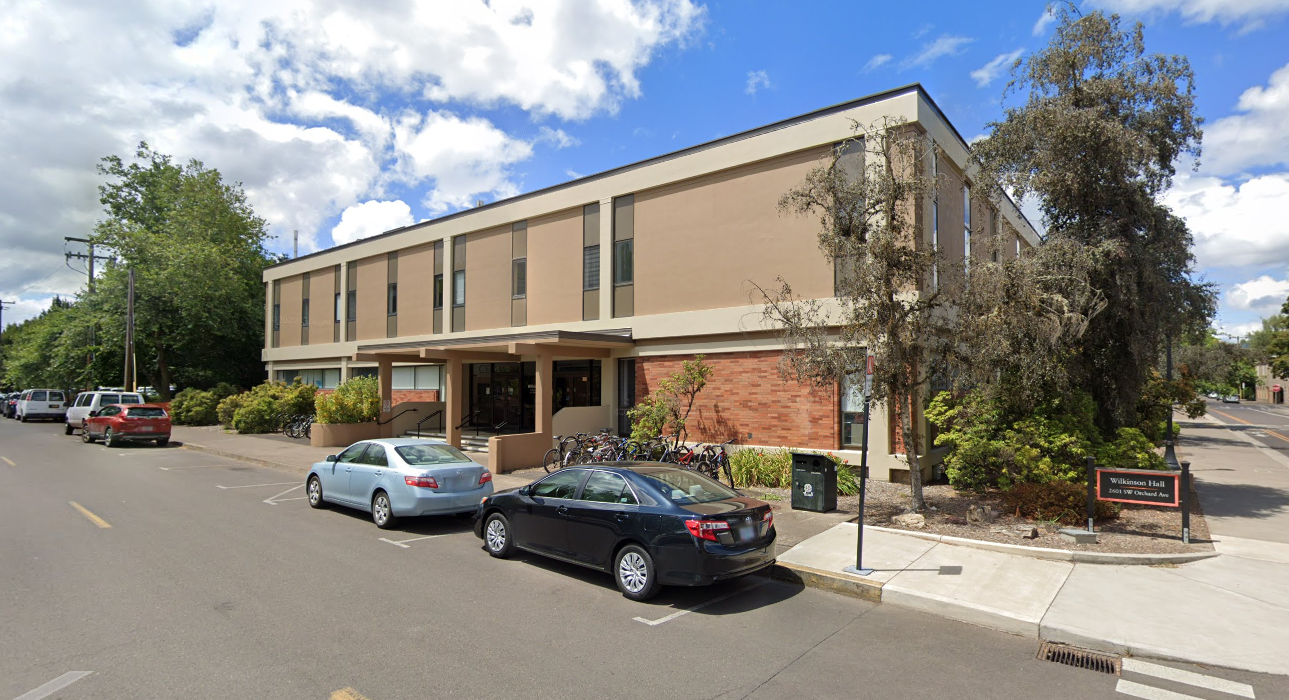 Wilkinson Hall and Auditorium were built and dedicated in April 1974, at a total cost of over $2 million. The complex was named for William Donald Wilkinson, longtime geology faculty member at OSU and chair of the department from 1960 to 1968. Dr. Wilkinson focused his research specifically on the geology of central Oregon, and his students praised his in-class enthusiasm and knowledgeability.

In September 1992, the auditorium was renamed for Francois A. Gilfillan, an alumnus (class of 1918), professor of chemistry (1927 to 1939) and dean of science (1939 to 1962). Gilfillan also filled in as acting president of Oregon State College from 1941 to 1942. A plaque remains in the auditorium commemorating the dedication.