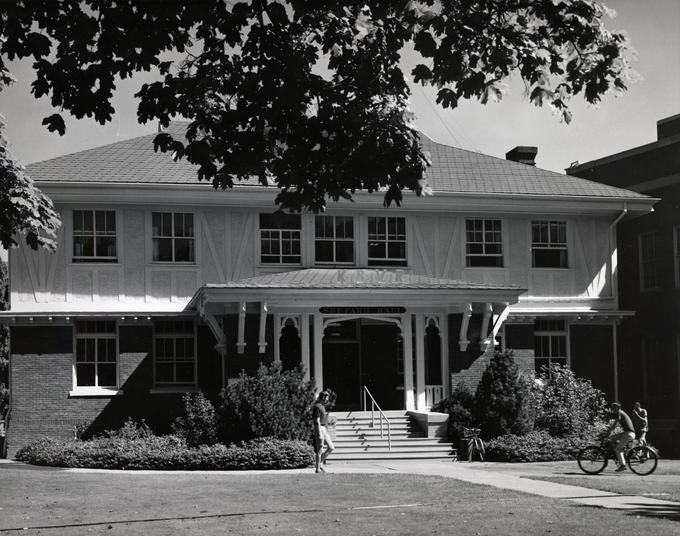 When Shepard Hall opened in 1909, it was a space for the YMCA and YWCA, as well as other student organizations. Nonetheless, since its original function was to support religious activities the school couldn't fund its construction. The building has also been used for military-related housing and a women’s dorm. In 1919 the second floor was used as a quarantine hospital during the worldwide influenza epidemic. The building was named for Clay Shepard, a 1904 Oregon Agricultural College graduate, who first proposed such a building and raised most of the funds for it before he died in 1906. The university didn’t purchase Shepard until 1940 when the speech and dramatic department moved in, but it was used for vocational education classes as early as 1927.

Oregon Digital: A search for "Shepard Hall" yields thousands of results, many of them photographs and mentions of the building in university periodicals.