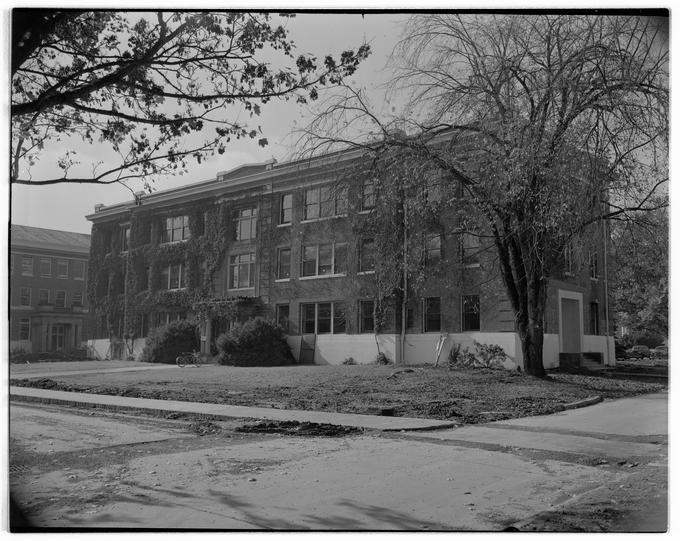 This spot previously housed the first dormitory on campus, Alpha Hall; it was later used by the pharmacy college. Alpha Hall was eventually split into two sections, one moved to 23rd and Orchard Street, and the other moved just north of what is now Bexell Hall and dismantled in 1922. The Dairy Building - designed by architect John Bennes - was built at this location in 1912. This building has been used by the College of Liberal Arts and known as Social Science Hall since 1951. In 2001, it was renamed Gilkey Hall for Gordon Gilkey, chair of the Art Department, and first dean of the College of Liberal Arts. Gilkey is also known worldwide for his printmaking and art collection, and for his efforts to save works of art during World War II. He helped establish the Oregon Arts Commission, the National Endowment for the Arts, and the National Endowment for the Humanities.