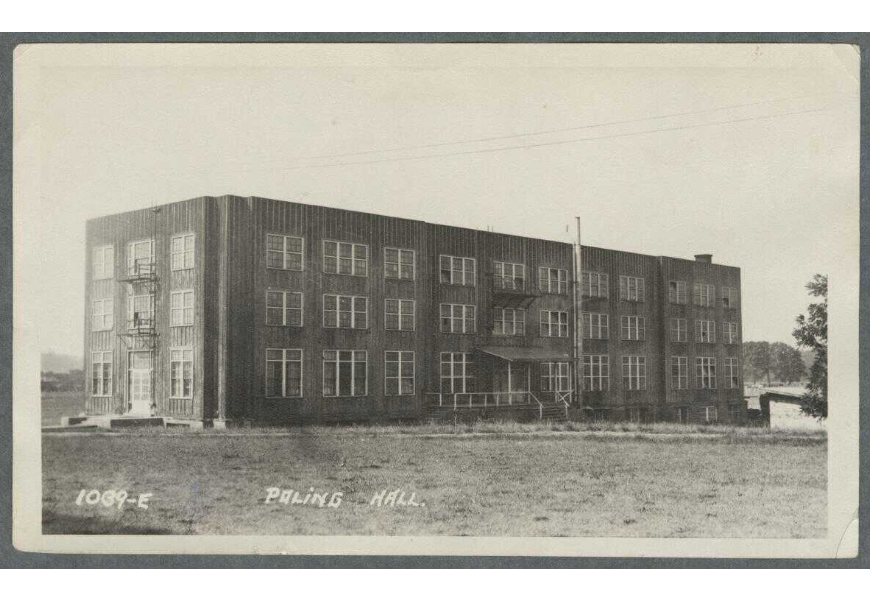 The implementation of the Specialized Army Training Program in 1918 necessitated additional housing for male students. This building, Poling Hall, was quickly constructed to the west of the Forestry Building and later used as a dormitory for men. The dorm rooms held from two to six men, and the basement area included a cafeteria. The dormitory was used until 1928, when a new Men’s Dormitory (now Weatherford Hall) was built on the location. It was named for Dan V. Poling, YMCA secretary at OAC from 1917- 1920.

Not to be confused with the current Poling Hall dormitory.