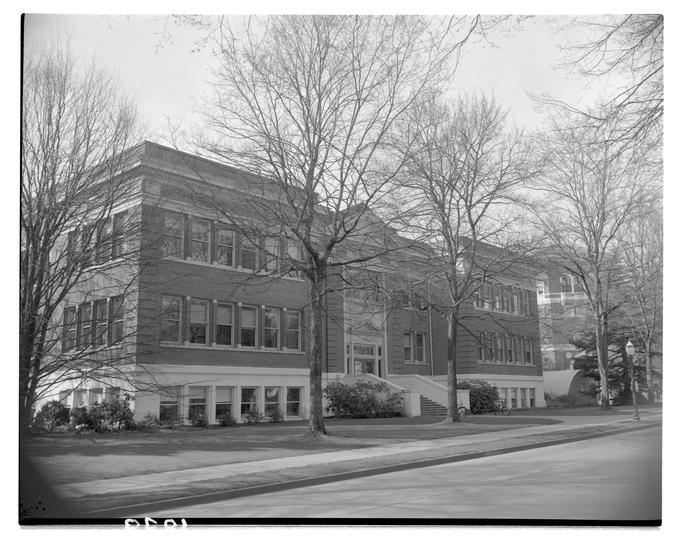 Built in 1917 as the Forestry Building, many of the trees in the large grove to the south are remnants of tree nursery that was planted soon after completion. The building now houses the School of Writing, Literature, and Film. In 1973, the building was named for W. W. Moreland, a faculty member in the 1860s and 1870s who is credited with urging the state legislature to designate Corvallis College as the state's land grant institution under the Morrill Act.