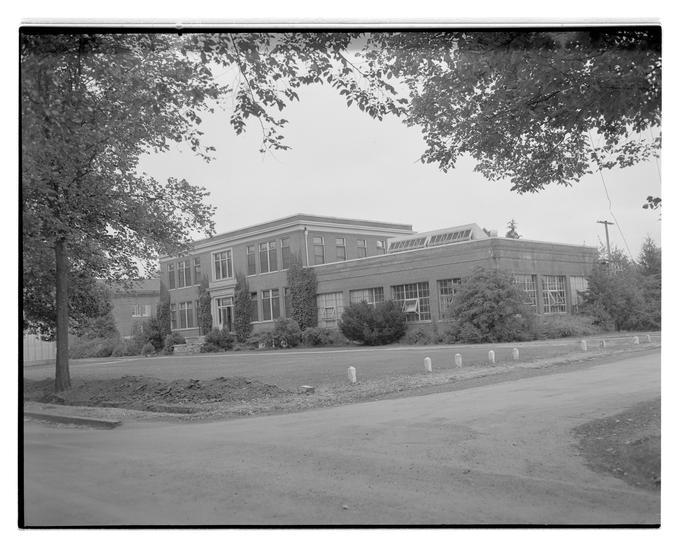 This building, designed by John Bennes, was constructed in 1919 as the Horticultural Products Building. It was expanded in 1923. For many years it housed the food technology department which had several variations in the name over the years. After a new food technology building (now Wiegand Hall) opened in 1951, this building housed the farm crops and computer science departments. It is presently named for Warren Hovland, a Professor of Philosophy and Religion from 1949 to 1986, chairing the department for virtually his entire career.