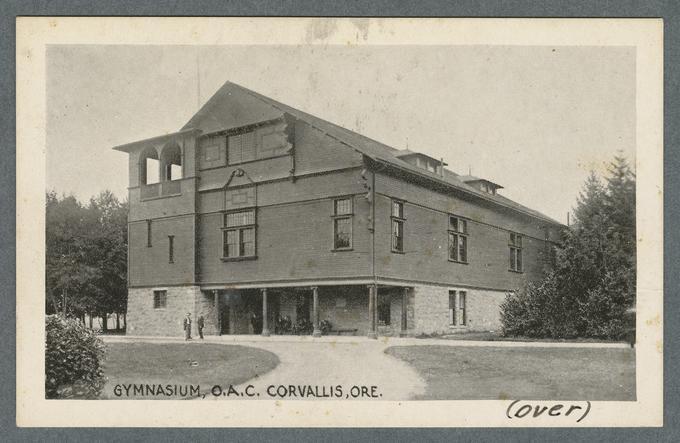 To meet the needs of a growing student body, the Board of Regents decided to erect an armory-gymnasium on the southwest corner of the campus in 1898. After being used for several years, the armory-gymnasium was remodeled in 1910 to be used exclusively for the gymnastics program and, in 1915 was renamed the Women's Gymnasium. When the women's gymnastics program was moved to the Women's Building, and the building saw a variety of uses between 1926 and 1933. In 1933, the first floor of the building was remodeled to house collections for the College Museum, while continuing to be used by the R.O.T.C Band program and the Oregon State Symphony Orchestra. In 1950, the building was renovated, converting it from a museum to a theater. In honor of the late Charles B. Mitchell, who established the Department of Speech, the then-named College Playhouse was renamed the Mitchell Playhouse in 1961. The building was minimally maintained in the course of the following years until it fell into poor-enough repair that it was renovated in 1991 to become the gymnastics center in use today.

Oregon Digital: a search for Mitchell Playhouse yields hundreds of results, many of them photos and university periodicals.