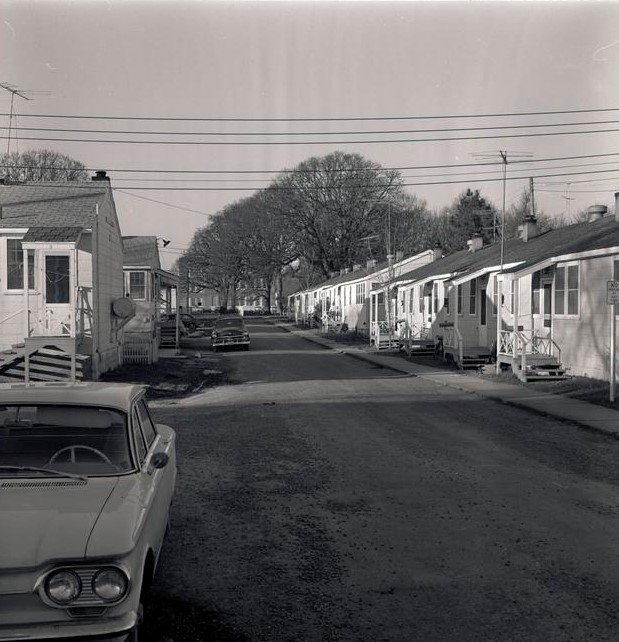 As a response to the "critical housing shortage" which developed at the close of World War II, Oregon State College administration secured additional housing under three separate projects; one such project was the Campus Court housing complex. Consisting of twenty-nine prefabricated units from a "war industrial plant" in Richland, Washington, the units were purchased "on the ground" in Richland, then broken down, moved, and reconstructed in Corvallis. At the time, the total costs to move and rebuild the units was well over $50,000. Homes at Campus Court were intended for married veterans with one or more children.

In January 1948, several university residences near the physical plant shops were relocated to Campus Court and renovated for occupancy; by the late 1960s, there were 57 "temporary apartments" available. In February 1973, the Campus Court complex - due to be demolished in September of that year - was considered as a possible site for a campus childcare center, but another site was ultimately selected, and the homes at Campus Court were torn down.

Oregon Digital: Available online in Oregon Digital are a nearly 150 textual and photographic items documenting the history of Campus Court. It should be noted that some of these results reference campus athletic courts.

ScholarsArchive@OSU: A dissertation referencing student housing problems on campus, and the functions served and programming provided by Campus Court Community Center, is available online in ScholarsArchive.