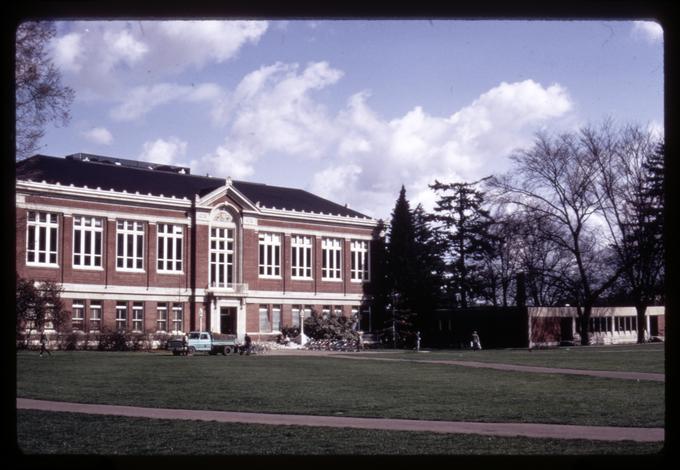 When space in Benton Hall was inadequate for the library collection, administrators looked to John Bennes to design a new building. Originally named “The Library” when it opened in 1918, it was later called Kerr Library. The space quickly filled with books, offices, and classrooms. It expanded in 1941 with the addition of the west wing. The space still wasn’t enough, and in 1962 the college began construction on a new building. When the new library building opened in 1963 it kept the Kerr name. The old library was renovated, including filling the reading rooms with an additional floor for classrooms, labs and faculty offices and was renamed Kidder Hall after Ida Angeline Kidder, the college’s first professional librarian who served from 1908 to 1920. She fought constantly for better library facilities for the growing campus. Note: from 1927-1963, Fairbanks Hall was also named Kidder Hall.