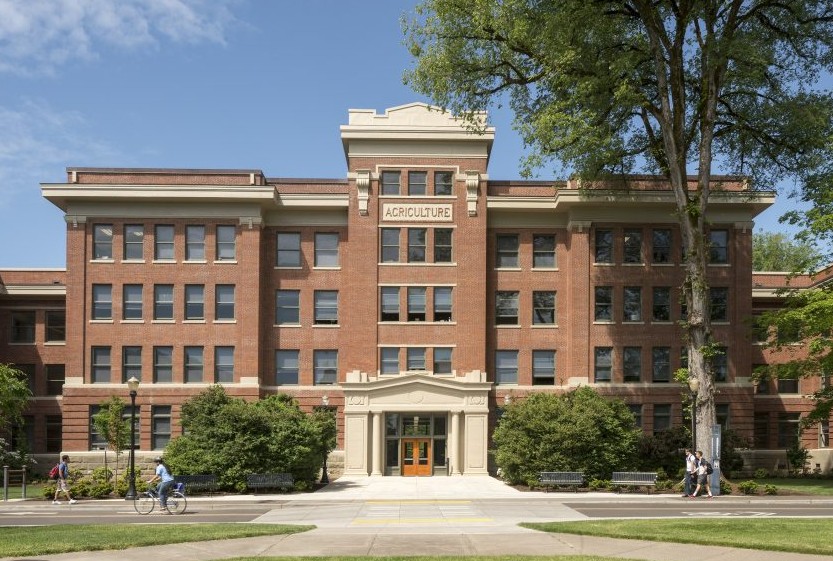 Strand Agricultural Hall is a sprawling building sitting between the two campus quads. This Italian Renaissance style building is actually comprised of three buildings built in 1909, 1911 and 1913 - totaling 115,991 square feet. The wings on the north and south sides are each three stories, while the center building, designed by Portland architect John Bennes, is four stories, originally with a fifth floor penthouse. It was named in 1983 for August L. Strand, OSU's president from 1942 to 1961. The top floor still contains President Strand's library table and chair.