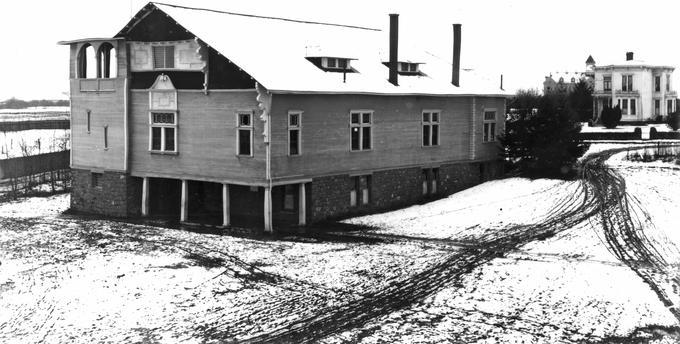 In 1898, the Board of Regents voted to construct an armory-gymnasium to better meet the needs of a growing student body. The first large meeting space on campus, the armory was used for physical education programs, the R.O.T.C. program, and was used for commencement ceremonies. In 1910, the armory was renamed the Women's Gymnasium. The name was changed three times before it became what is known today as the Gladys Valley Gymnastics Center: beginning in 1936, the building was known as the Museum Building; in 1951, it became known as the College Playhouse; in 1962, the building was renamed the Mitchell Playhouse, after professor Charles B. Mitchell, the founder of the Department of Speech at OAC. From 1962 until 1991, the name stuck, until the building underwent major renovations to become usable for the gymnastics program.

Oregon Digital: a search for the OAC Armory yields hundreds of results, many of them photos and university periodicals.