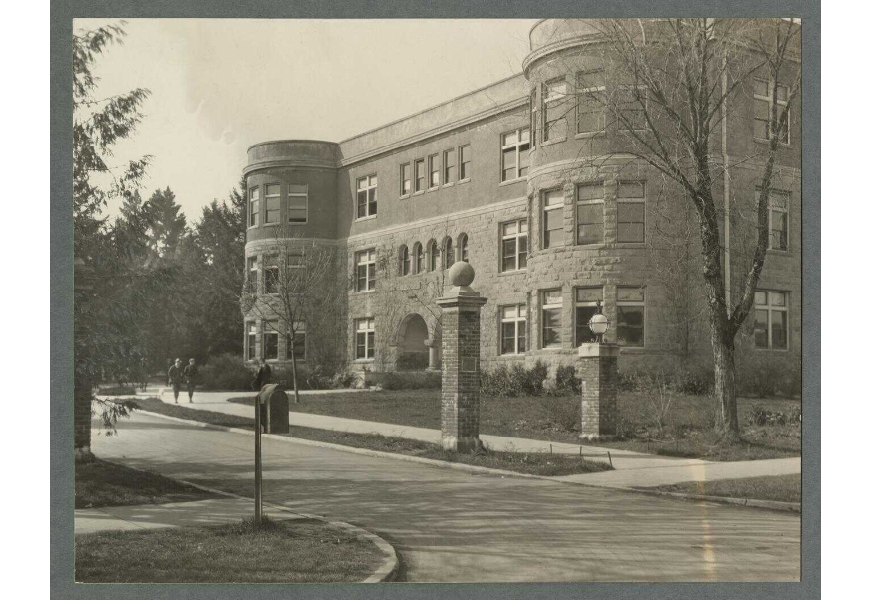 In 1900, a new Mechanical Hall opened, designed by Portland architect Edgar Lazarus. The original Mechanical Hall, a cornerstone of Engineering Row, had been destroyed by fire in 1898. In 1920 a third floor was added and the name was changed to Apperson Hall. It was renamed Kearney Hall after a 2009 renovation that entirely rebuilt the interior while retaining its historic stone façade. The major renovation was made possible, in part, by more than $4 million in support from Lee and Connie Kearney of Vancouver, Washington, two of OSU’s most active volunteers and generous philanthropists. Lee Kearney, a former director and division manager of Peter Kiewit Sons’ Co., earned his degree in civil engineering from OSU in 1963. Connie Kearney began higher education at OSU before earning undergraduate and law degrees at other institutions. Her volunteer service includes leadership on the OSU Foundation and 4-H Foundation boards. Civil engineering has been housed in what’s now known as Kearney Hall since 1906, and shared the building with the printing department for many years.