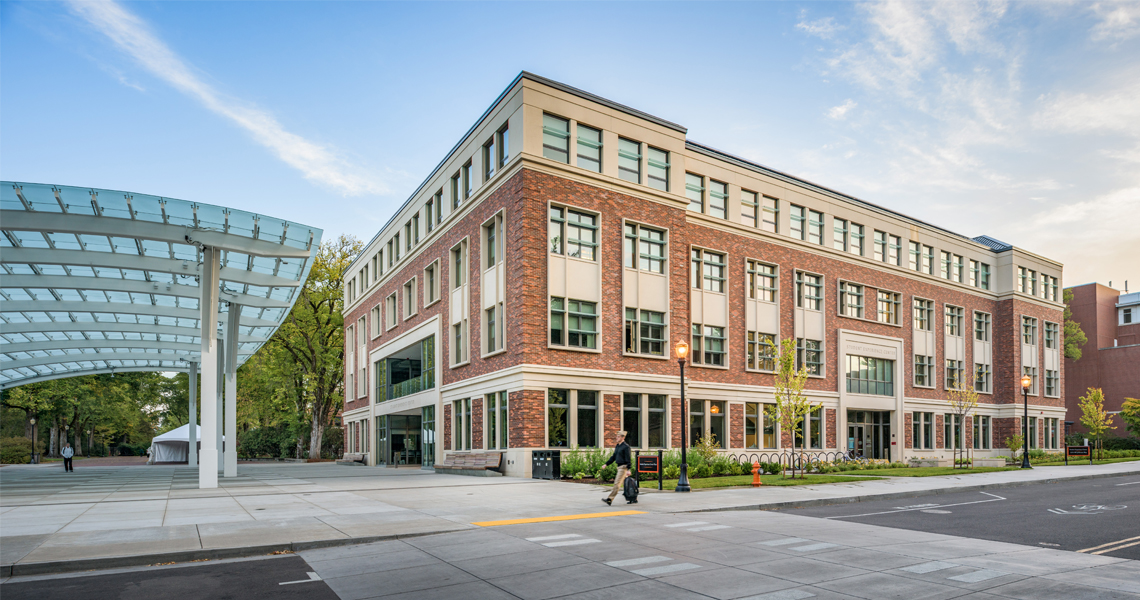 Since the Memorial Union opened in 1928, the student population has been steadily outgrowing its student union space. For 10 years prior to the opening of this building, ASOSU and Memorial Union presidents and students worked to conceptualize, plan, and fund the Student Experience Center, which opened in May 2015. The SEC houses 28 student programs and initiatives including Orange Media Network, which occupies the entire fourth floor, ASOSU, the Ettihad Cultural Center and the Craft Center. Outside, the SEC is flanked by a large, covered plaza, which provides an outdoor event space.

Oregon Digital: A search for the Student Experience Center yields several results, most of them mentions of the building in university periodicals.