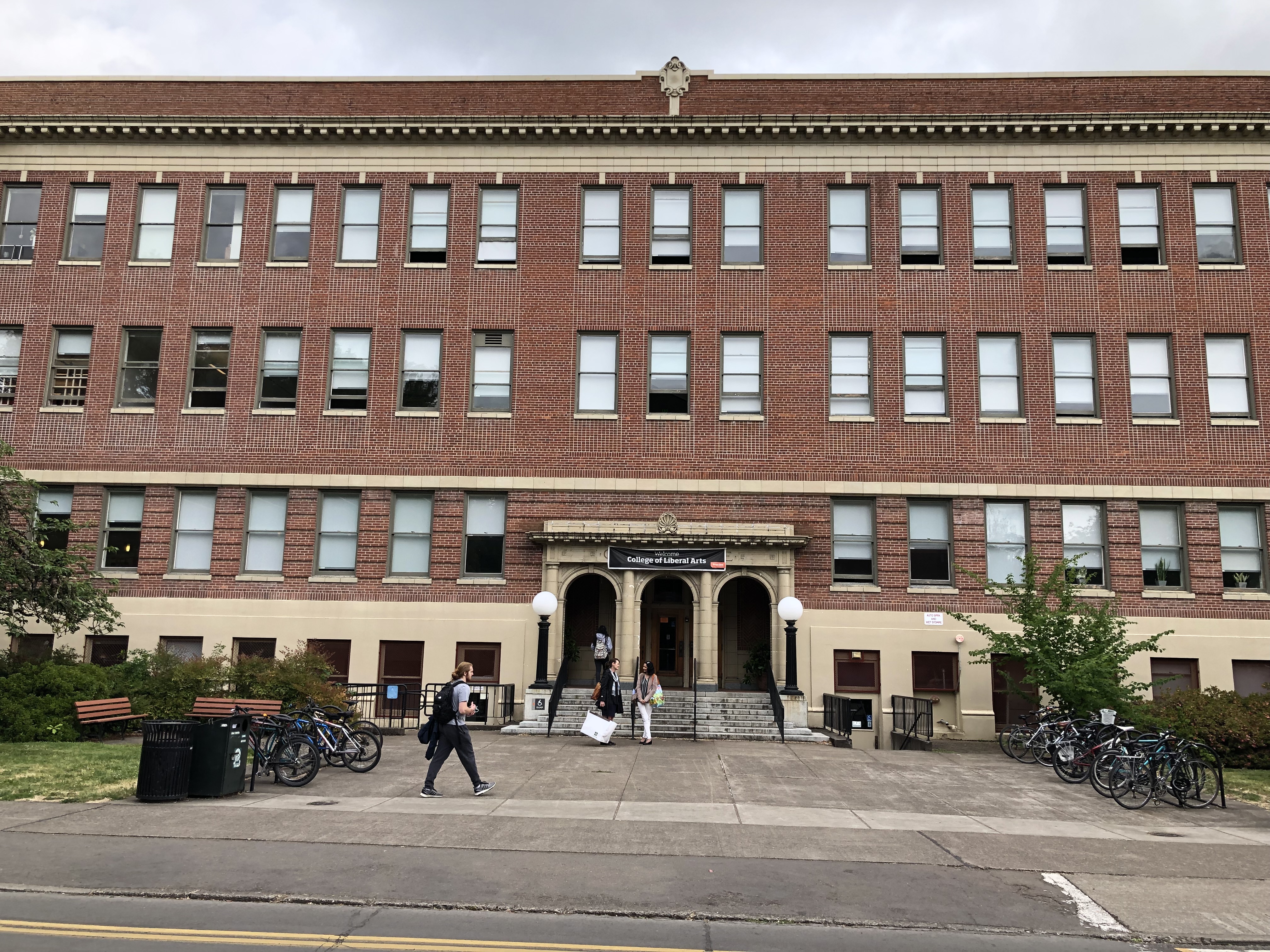 Built in 1922 as the Commerce Hall, it was named for John A. Bexell in 1966, founder and head of the School of Commerce from 1908 to 1931. The President’s Office was located here from 1923 to 1972. The building was home to the College of Business until 2014, and if you look behind the interior entryway wall covering you can still glimpse the wood inlay, which is now replicated in Austin Hall, the new home of the College of Business. Bexell now houses the College of Liberal Arts student services and administrative offices, in addition to the School of Public Policy, which includes the areas of economics, sociology and political science.