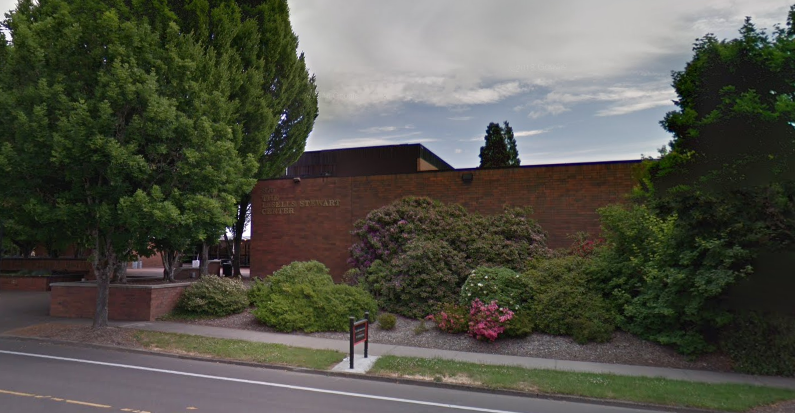 When it was dedicated in 1981, the LaSells Stewart Center was the largest building project at an Oregon public university financed entirely through private gifts. It was named for LaSells and Jessie Hills Stewart, whose three children – Faye Stewart, Loran L. “Stub” Stewart and Dorothy Chapman - made a pivotal gift to the initiative. It currently offers the 1,200-seat Austin Auditorium (honoring the family of Ken and Joan Austin), the 200-seat Construction and Engineering Hall, and five additional breakout spaces named in honor of donors who contributed to the project. The Giustina Gallery (honoring the family of N.B. and Jacqueline Giustina) in the lobby hosts monthly exhibits. In 2022, the building will be significantly expanded to include a new concert hall, revitalized auditorium and a small black box theatre, among other spaces for teaching and performance.

Oregon Digital: A search for the LaSells Stewart Center yields several results, many of them photos and university periodicals.

SCARC: The Oregon State University Memorabilia Collection and the News and Communication Services Records both include a subject file about the LaSells Stewart Center. In addition, the College of Engineering Records includes correspondence about donations for the Construction and Engineering Hall at the LaSalls Stewart Center.