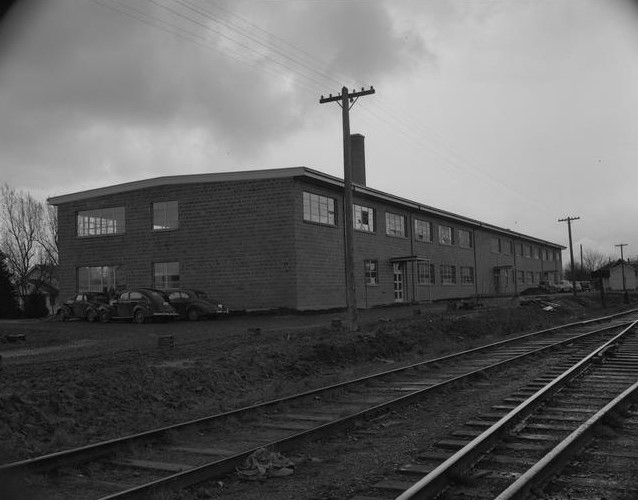 In 1992, a fire destroyed a significant portion of the south half of the building, including most of Printing and Mailing Services' facilities and equipment. The damaged part of the building was reconstructed by 1996, and the building was renamed Cascade Hall. This building now houses the Department of Public Safety and Oregon State Police. In 2015, renovations were made in order to accommodate INTO OSU classrooms.

Oregon Digital: Contains many photographs and textual materials documenting the history of the Industrial Building, including images from the 1992 fire that destroyed half the building.

SCARC: SCARC's holdings include a handful of collections documenting the history of the Industrial Building, including the OSU Memorabilia Collection, the Business Affairs Records, and the College of Engineering Records. The Facilities Services Records, in addition to blueprints, include a number of files documenting renovations or improvements to the structure, both prior to and after the fire in 1992(Boxes 13, 16, 17, 42, 61, 90, 98, 120-122).