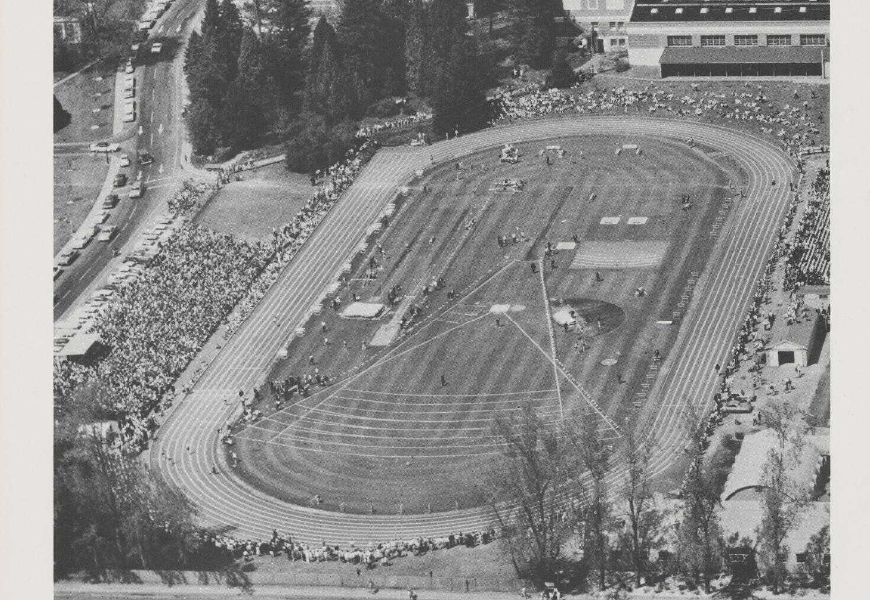 In 1913, the Oregon Agricultural College established an athletic field on what is now the site of the Dixon Recreation Center. Originally, the field was used for both football and track and field. In 1921, it was named Bell Field in honor of Reverend John R.N. Bell, who had served on the college’s board of trustees and board of regents, and was also an avid football fan. The capacity of the first stands was 3,000 spectators; in 1920, a "covered grandstand was added...on the west sideline to increase capacity to 7,000." In 1924, a two-story stands at the south end of the field was constructed, bringing capacity to 18,000; Bell Field's final approximate capacity was 21,000.

The facility was used for football until 1953, when Parker Stadium opened. At that time the grandstands at Bell Field were demolished. Bell Field continued to be used for track and field competitions until 1974, when Patrick Wayne Valley Field opened. The various phases of the Dixon Recreation Center were completed on the Bell Field site between 1976 and 2004.