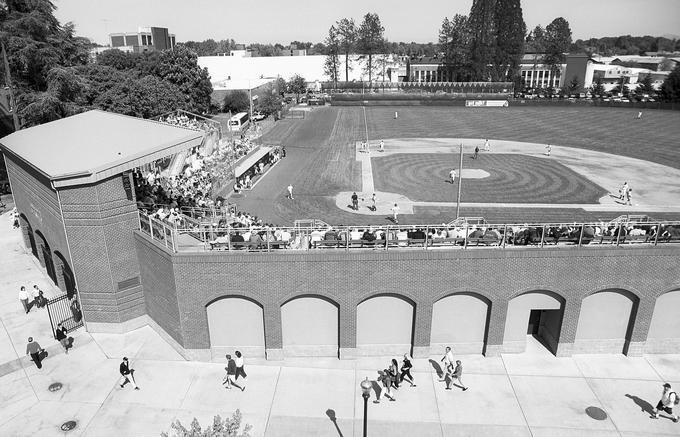 Coleman Field has been OSU's only home field since varsity baseball began in 1907. It is the longest continuously used field in the Pac-12 Conference and one of the oldest in the nation. The stadium has undergone numerous changes - including multiple renovations and expansions - but the playing field itself has stood in place since day one, with home plate in the same location since 1907. The field was also used for football practice when the adjacent Bell Field, now the site of the Dixon Recreation Center, was the football team's stadium. Although the baseball diamond had been known as Coleman Field since the 1940s, it wasn't formally given that name by the university until 1981. The field is named for former Oregon State player and coach Ralph Coleman, who guided the Beavers for 35 seasons. The stadium is named for John and Eline Goss, whose lead gift to the $2.3-million fundraising effort made the (1998 renovation) project possible. John Goss was an Oregon State track and field letterman in the 1930s. The naming of the stadium is also a memorial to his older brother, James Goss, an Oregon State graduate.