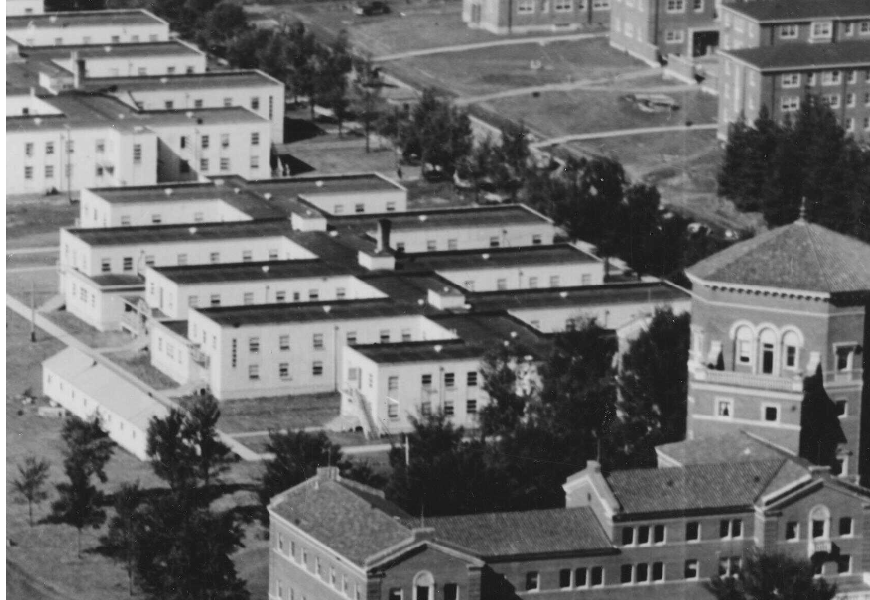 Central Hall served as one of several temporary men's dormitories, constructed to accommodate Oregon State’s rapid post-war enrollment of veterans. It was comprised of housing units that had previously served as worker housing at the Vancouver shipyards during World War II. The units were dismantled and brought to the Oregon State campus in 1946 and 1947. Central Hall was located at the current site of the Buxton-Cauthorn-Hawley-Poling quad on Jefferson Way, and housed 369 men at full capacity. Organized into five wings, or groups:

Central Hall was in use until 1960, but was ultimately demolished as nearby men's cooperatives - Reed and Heckart Lodges - filled the need for men's-only housing.

Oregon Digital: Oregon Digital includes a number of photographic and textual documents documenting the history of Central Hall. Of particular note, is an image of men eating in the Quonset hut cafeteria that served both Central and Hudson Halls.