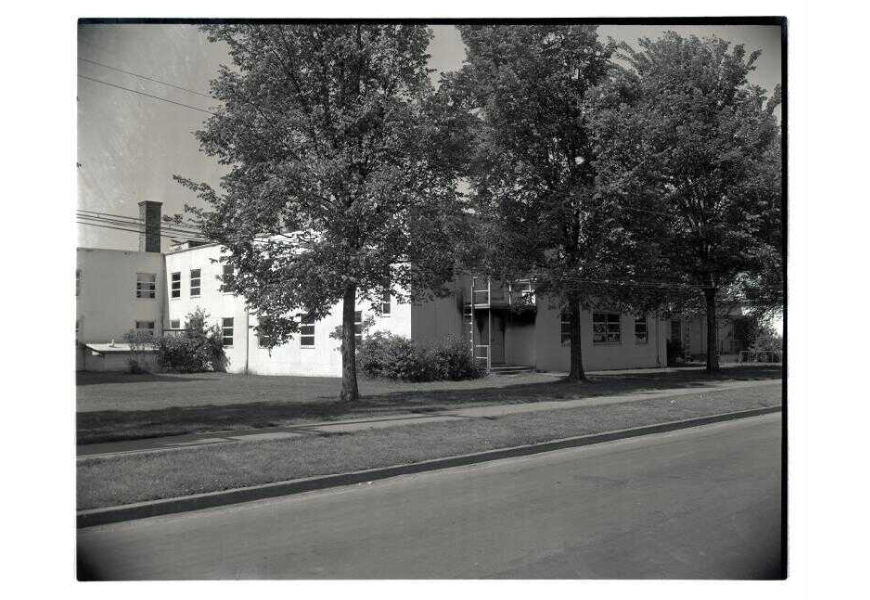 Hudson Hall was temporary student housing developed to accommodate Oregon State’s rapid post-war enrollment of veterans. It consisted of housing units that has served as worker housing at the Vancouver shipyards during WWII. The units were brought to the Oregon State campus in 1946 and 1947. Hudson Hall was comprised of five wings:

After a costly fire in 1953, Hudson Hall was razed and replaced by two new structures, Reed and Heckart Lodges.