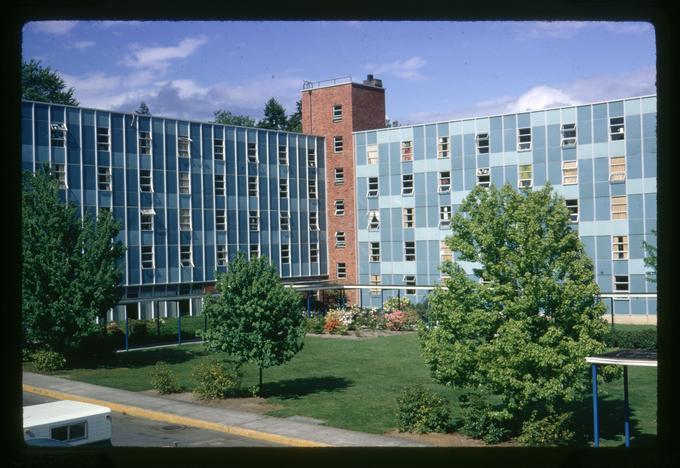 Snell Hall was a women’s residence hall from the time it was opened in 1959 until it was remodeled in 1973 to house a Student Communication Center and an Activities Center known as MU East. Margaret Comstock Snell became the first professor of household economy and hygiene in 1889, and was head of the department until her retirement in 1908. The building now called Ballard Hall was the original Snell Hall and was originally also a women’s dormitory. Snell helped to establish the first College of Home Economics in the western United States, which began as a single classroom on the third floor of what is now Community Hall. Snell was known as the "Apostle of Fresh Air" for her love of walks and open windows, and taught courses in sewing, cooking, entertaining and conversation.

Oregon Digital: A search for Snell Hall yields hundreds of results, many of them being mentions of the building in university periodicals.