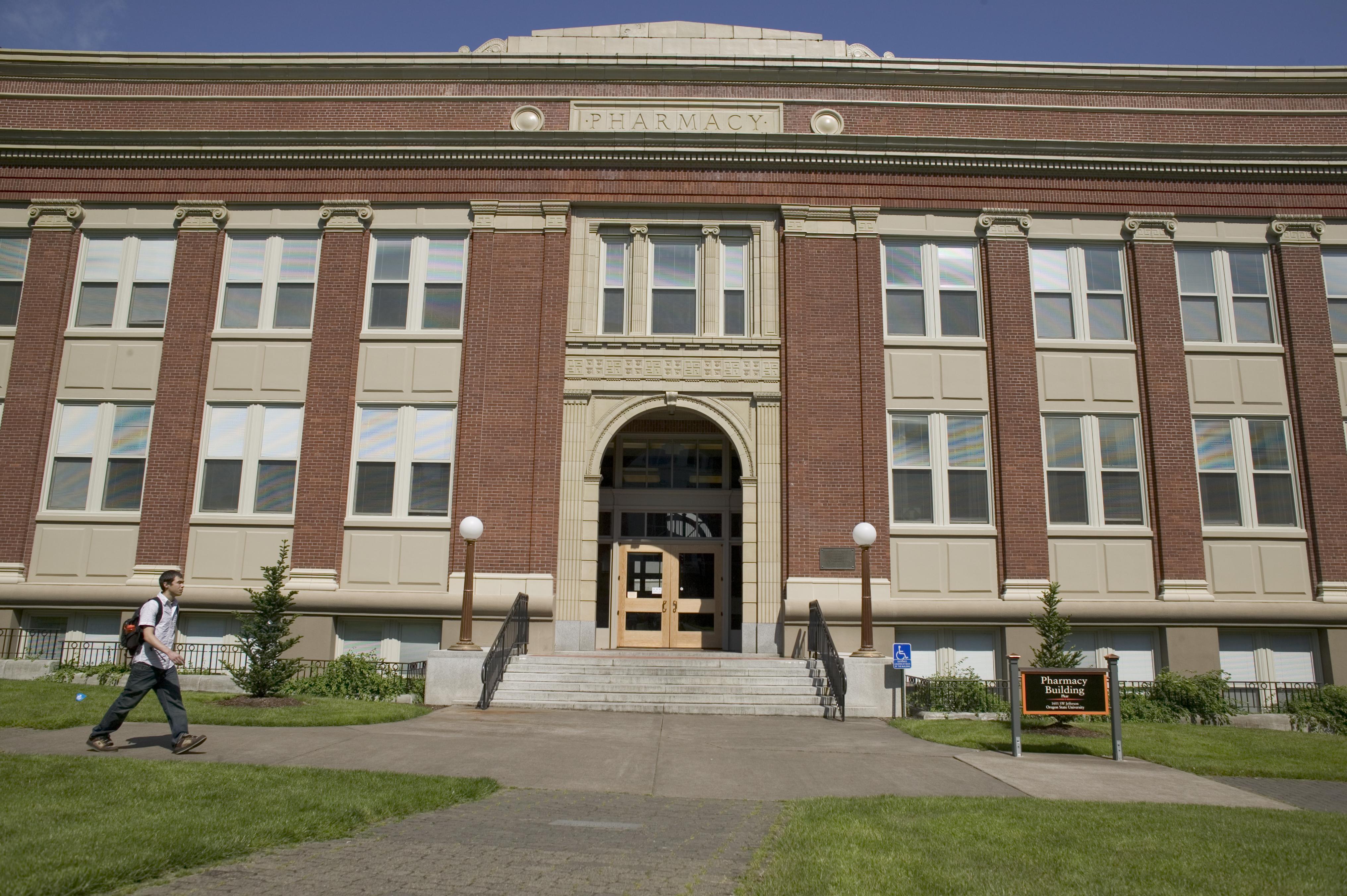 Built in 1924 exclusively for the College of Pharmacy, its second floor originally included a model drug store. Prior to the completion of this building, pharmacy was housed in Alpha Hall, a building that used to be on the land where Gilkey Hall now sits. Pharmacy can trace its beginnings to 1898 when chemistry and pharmacy were a single department. In 1966, an addition was completed, nearly doubling the size of the building and allowing for additional research programs and a new curriculum.