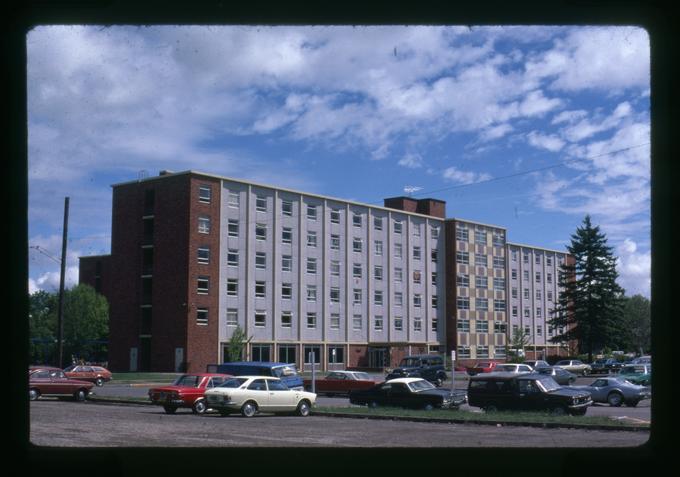 Built in 1964, Wilson Hall was built in conjunction with Callahan Hall and, together, the two dorms house approximately 750 students. Built with a budget of approximately $2.6 million, Wilson Hall is named after E.E. Wilson, a prominent alumnus of Oregon Agricultural College. He graduated in 1889 with a B.S. and later went on to earn a law degree from the University of Oregon. He returned to Corvallis to practice law and served as city and district attorney on several occasions, as well as on the Memorial Union Board and the Board of Regents. He also served on the Oregon Game Commission for several years, serving as the chairman of the Commission for 10 years.

Oregon Digital: A search for "Wilson Hall" brings up several images of the dormitory, as well as news coverage of events and happenings in the dorm by several OSU student newspapers.