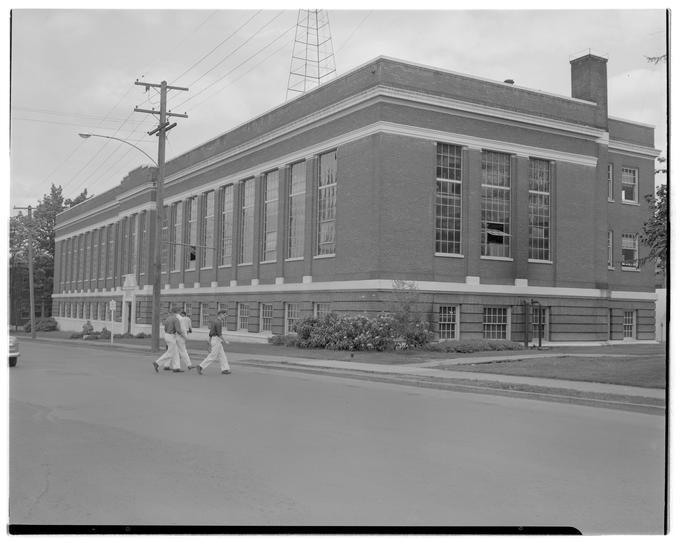 Originally known as the Engineering Laboratory, this building was completed in 1920 and included a materials lab, a hydraulics lab, and a steam and gas engine lab, all served by a 5-ton electric crane. It was designed by John Bennes. The south section of the building contained offices, classrooms, and smaller labs, such as the fuel and oil testing lab. In 2015, a building renovation was completed to create a shared, collaborative space for robotics research. The building was named in honor of Samuel H. Graf, a graduate of Oregon Agricultural College and long-time faculty member. Graf earned five engineering degrees, and held many faculty posts, including a stint as the head of experimental engineering from 1912 to 1920.