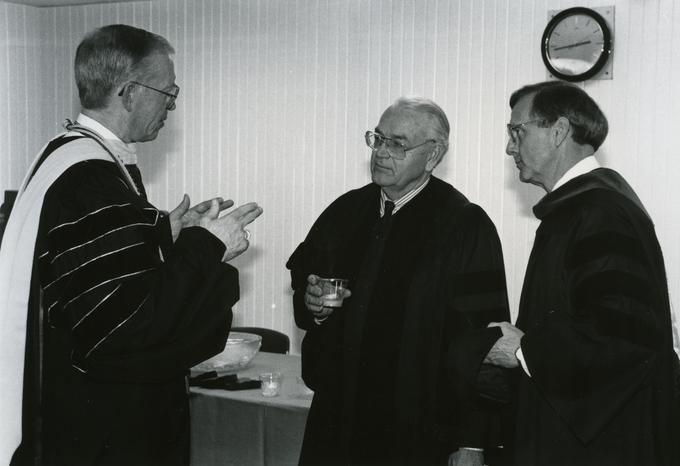 Dale Parnell was educated at Willamette University, earning a BA in 1951, and later earned a master's degree from the University of Oregon in 1956. He then served as principal of Springfield High School and superintendent of Lane Intermediate Education District. He is perhaps best known for his role in founding Lane Community College and his service as the first president of the college between 1965 and 1968.

In 1968, Governor Tom McCall appointed Parnell to serve as the Oregon Superintendent of Public Instruction, a position that he served in until 1974, when he became the chancellor of San Diego Community College. In 1976, he became president of San Joaquin Delta Community College, and later became the president of the American Association of Community Colleges from 1981 to 1991. From 1991 to 1992, he served as Oregon's community college commissioner. Prior to his retirement in 1997, Parnell helped to establish the Western Center for Community College Development at Oregon State University, and published a book titled The Neglected Majority. Following his retirement, he was a visiting professor at the University of South Florida in Tampa.

The Western Center for Community College Development Records document the establishment and administration of the center, of which Parnell played a fundamental role.