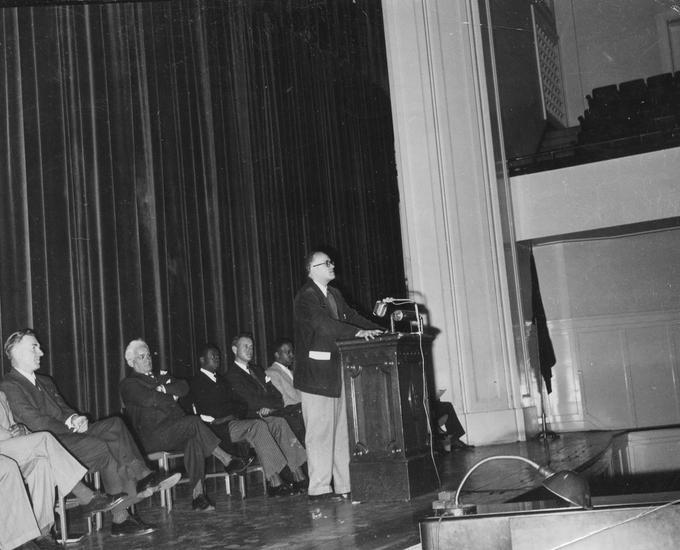 A born and raised Oregonian, Neuberger attended the University of Oregon, graduating in 1935. In his youth and through his college career, Neuberger was an active journalist - he began writing articles for a variety of newspapers and magazines in 1928, he served as an editor of the Oregon Daily Emerald (the University of Oregon's student newspaper), and writing articles for The New York Times as a college senior, later becoming the NYT's northwest correspondent in 1939. He attended the University of Oregon School of Law for a short period, until he was essentially ousted from the program after a feud with then-dean of the law school Wayne Morse in 1931.

Neuberger's political career began in 1940 when he was elected to the Oregon House of Representatives until his political career was interrupted by a three-year period of service in the Army. He was elected to the Oregon State Senate in 1948 after a failed run in 1946. In 1954, he was elected to the U.S. Senate, where he served until his death in 1960. A lasting impact of his service in the Senate was the creation of the Oregon Dunes National Recreation Area -- he first introduced the bill in 1959, where it was defeated. After attempting to designate the dunes as a national recreation area for 12 years, the bill was finally signed into law in 1974

The Special Collections and Archives Research Center holds the Richard L. and Maurine B. Neuberger Papers, which are composed primarily of senatorial correspondence files regarding agriculture in the state of Oregon.

A search for Richard Neuberger in Oregon Digital yields several results, many of them photographs of the senator, as well as selected digitized materials from his collections, and mentions of Neuberger in OSU university periodicals. 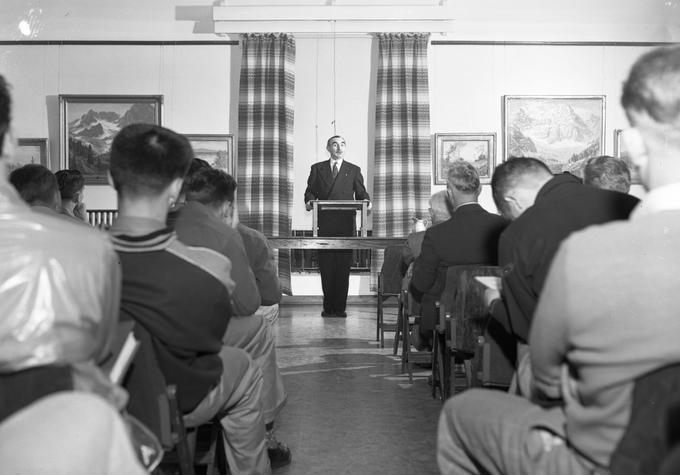 In 1944, he won the Oregon Republican primary for the U.S. Senate, running on a right-wing ticket. Only once he was elected to the Senate did he reveal his more progressive tendencies. He was reelected in 1950, and left the Republican party in 1952 in protest of Eisenhower's selection of Nixon as his running mate in the 1952 presidential election. He also publicly criticized the Republican party for their platform insistent upon repealing the New Deal, and for Eisenhower's refusal to publicly criticize Senator McCarthy. He identified as an Independent until 1955, when Lyndon Johnson convinced him to join the Democratic party.

Despite the changes in party affiliation and a "maverick" label, Morse was reelected to the Senate in 1956, defeating Douglas McKay in a contentious race. In 1960, Morse was entered into the presidential election after Gary Neal, a Salem resident and Morse supporter, had almost completed a signature petition to place Morse on the May 1960 Democratic primary ballot. In December 1959, he announced his candidacy for president and filed to run in the Democratic primaries in Oregon, Maryland, and the District of Columbia. After losing to John F. Kennedy in the primaries, he announced his resignation from the race days after the election in May 1960, and opted out of attending the Democratic National Convention. Morse was reelected to the Senate in 1962, and was a vehement and outspoken opponent to the Vietnam War throughout this term. In 1966, Morse supported Mark Hatfield in his bid for Governor of Oregon, favoring him over the Democratic Candidate, Robert Duncan. Following his defeat in that race, Duncan challenged Morse for his Senate seat in 1968. Morse won the Democratic nomination, but eventually lost his seat to Bob Packwood by a slim margin. Morse ran for the Senate again in 1972, winning the Democratic nomination over Duncan once again but this time losing to Mark Hatfield in the general election. Morse filed to run for Senate once more in 1974 and won the Democratic nomination. However, in preparing for the general election, he was hospitalized for kidney failure on July 21, 1974 and died the next day. There are a number of buildings and rooms around Eugene and on the University of Oregon campus that are named in his honor.

SCARC holds The Documented Record of Senator Wayne Morse as part of the History of the Pacific Northwest Rare Book Collection.

As does the University of Oregon: