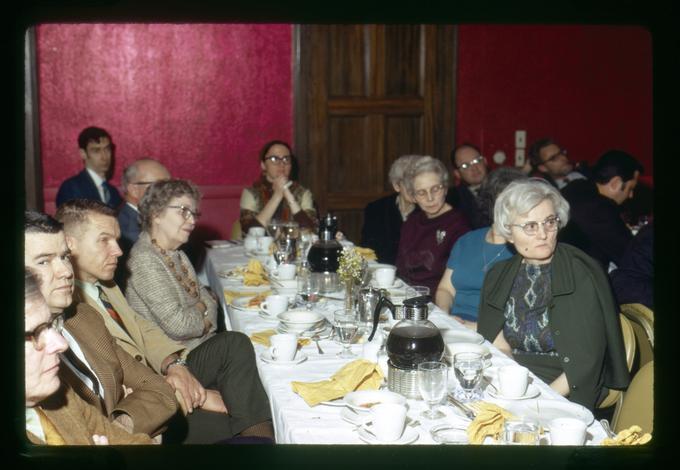 Since its establishment in 1927, the OSU Chapter of the American Association of University Professors (AAUP) has addressed issues concerning faculty academic freedom and welfare including loyalty oaths, Oregon's re-organization of higher education in the 1920s and 1930s, state budget cutbacks, tenure review standards, and faculty benefits and salaries.

From 1975 to 1983, the chapter actively campaigned to bring collective bargaining rights to OSU academic faculty. The chapter's involvement included participation in public hearings on the development of a faculty bargaining unit in 1975 and petition campaigns for an election on faculty unionization.

Despite the chapter's success in helping to bring the union question to a vote in 1977 and 1983, both of the measures failed. It wasn't until 2018 that a faculty union - the United Academics of Oregon State University, organized under the guidance of the American Federation of Teachers and the American Association of University Professors - was certified at OSU, and 2020 when the Collective Bargaining Agreement and their Constitution and Bylaws were ratified.

Today, as a parent organization of United Academics of OSU, the Oregon Conference of the American Association of University Professors states the following objectives:

1. Support the development of member chapters through member and leader training, consultation, and internal organizing.

3. Promote AAUP principles, policies, and best practices in colleges and universities in Oregon through the work of an active AAUP-Oregon Committee A.

4. Promote political action for the collective interests of affiliated chapters, as embodied in AAUP-Oregon objectives.

The Special Collections and Archives Research Center holds the American Association of University Professors (AAUP)-OSU Chapter Records, composed of 8 series dated from 1967 to 1983, approximately, though earlier dates are represented as well. The materials in the collection include newspaper clippings, newsletters and other correspondence, collective bargaining documents, and chapter constitutions.

A search for the "American Association of University Professors" on Oregon Digital yields several results, many of them photographs and organizational publications.

The current faculty union - UAOSU - maintains a website with a brief detailing of their history and recent achievements, as does the statewide AAUP chapter.