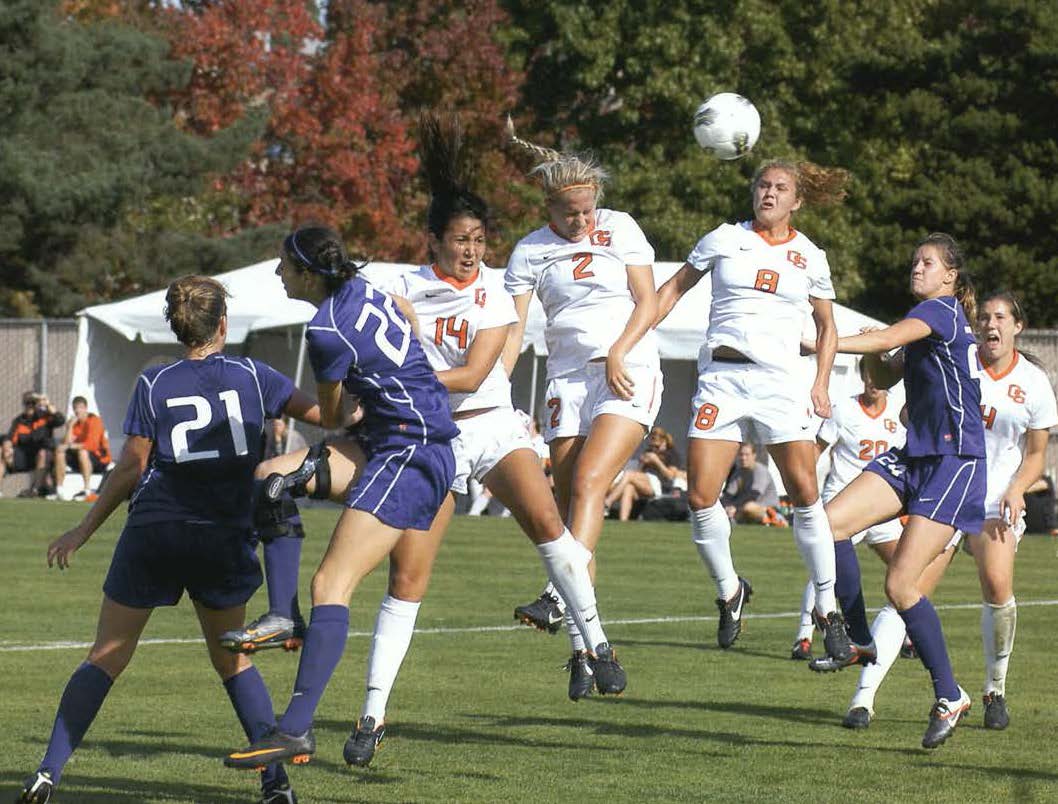 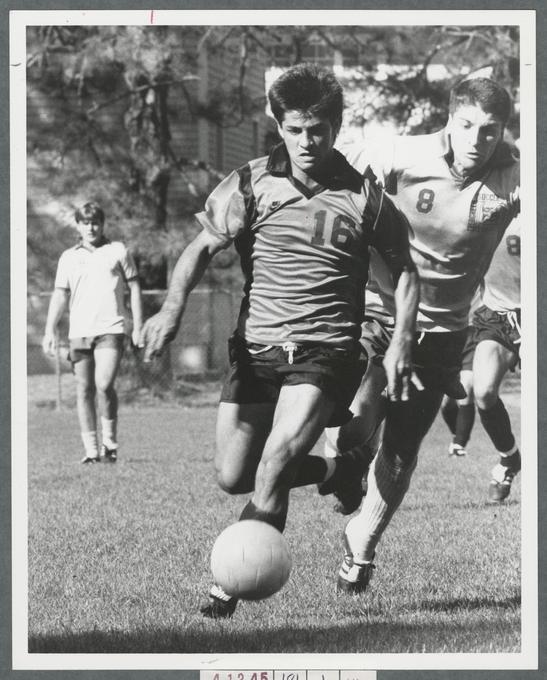 Claud L. Booth Photograph Album, 1919-1973 (P 300)
The Claud L. Booth Photograph Album was assembled by Booth to document his student years at Oregon Agricultural College (OAC), primarily from 1919 to 1924. The images depict student activities, sports teams and events, athletes, and coaches. Several photographs of the rook-sophomore tug-of-war are part of the album as well as an image of yell leaders and the band marching in downtown Corvallis. Images for baseball, basketball, football, soccer (Box 01), track, and wrestling are included, with baseball and basketball comprising the majority. Of special note are a team photograph of the 1919 OAC soccer team (Box 01) as well as photographs of A.T. (Slats) Gill as a basketball player; W.A. Kearns, Director of Athletics; and baseball coach, Ralph Coleman. Booth is depicted in photographs of the 1920 freshman baseball team and the 1921 baseball team as well as the 1919 soccer team.