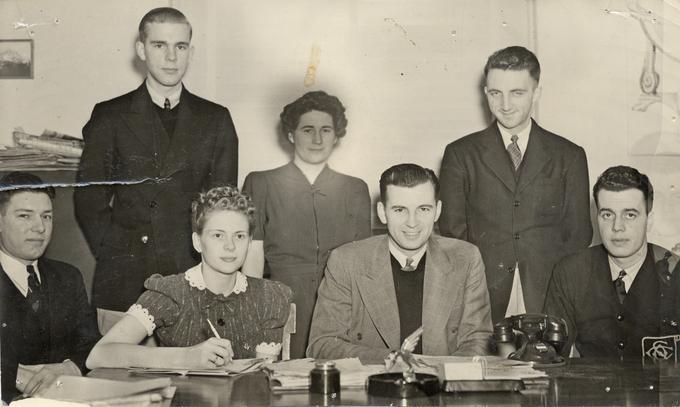 *Associated Students of Oregon State University (ASOSU) Records, 1917-2014 (RG 011)
The Associated Student of OSU Records document student government at Oregon State University and include records of the ASOSU Executive Branch, the ASOSU Senate, and the Graduate Student Senate. The ASOSU Records address the full range of issues that impact OSU students including fees and tuition, student activities, academic programs, athletics and intramurals, diversity and discrimination, campus security, and student housing. Records of the Oregon Student Lobby, and its successor organization the Oregon Student Association, which advocates for all post-secondary students in Oregon through educational outreach to students and lobbying of the state legislature, are also included.

An addition to the collection (Accession 2004:043) consists of materials generated by the office of the Associated Students of OSU and includes annual reports, a constitution, correspondence, meeting minutes, newspaper clippings, posters, publications, survey materials, and a videotape (DVcam format) recording of the Memorial Union "Gripe Forum". In addition to documenting the work of various ASOSU committees and task forces, these records also pertain to events and conferences organized/sponsored by ASOSU, student surveys, student organization fundraising/philanthropic projects, and graphic design work for ASOSU by a student intern. 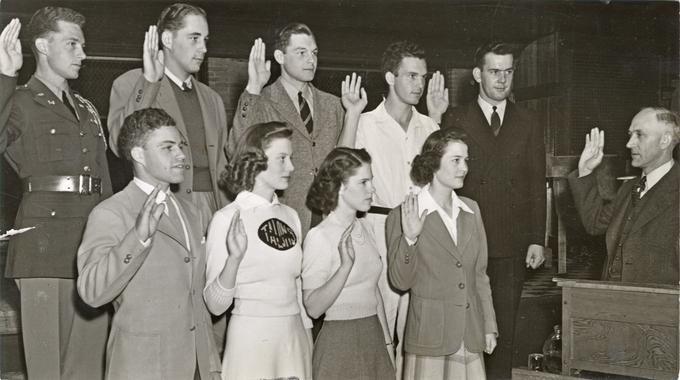 A second addition to the collection (Accession 2008:073) consists of materials generated by the Associated Students of OSU (ASOSU) and includes budgetary records, buttons, constitutions, correspondence, flyers, handbooks, meeting minutes, publications, resolutions/bills, signage, and a scrapbook. In addition to the ASOSU Undergraduate and Graduate Senates, these records were also generated by ASOSU committees and task forces responsible for such matters as student fees, student health insurance, and parking. Among the topics covered in these materials include: a campus childcare center, graduate student conferences, ASOSU retreats, guidelines for allocation of student fees, and a roundtable series of discussions on graduate education. Primarily made up of photos, the scrapbook documents two fall BBQ parties organized by ASOSU, the 1996 Graduate Student Conference (at OSU), and the 1997 National Association of Graduate and Professional Students meeting in New Orleans. Images found in envelopes inside the scrapbook have been placed in file folders that will be kept with the scrapbook. 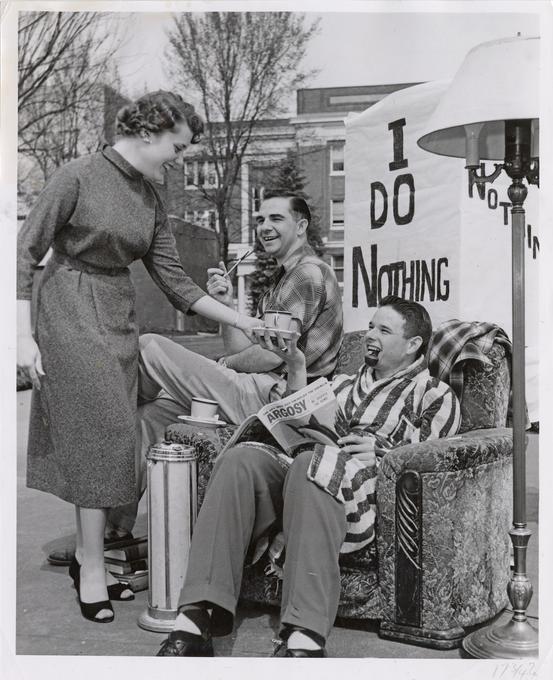 An third to the collection (Accession 2008:075) is made up of materials generated and collected by the Associated Students of OSU that pertain to student government's efforts to make child care services available to OSU students and staff on campus. Primarily documenting the formation of the "Our Little Village" child care organization at OSU and their proposal to establish a day care facility in Snell Hall, these records also relate to the Growing Oaks Child Development Center and the Child Care Advisory Board. In addition to bylaws, correspondence, flyers, meeting minutes, newsletters, notes, publications, reports, and survey materials, this transfer also includes proposals to operate a child care center from two off-campus corporations. Also found in this accession are architectural renderings of the proposed day care center in Snell Hall mounted on foam core for presentation.

A fourth addition to the collection (Accession 2011:039) consists of materials generated by the Associated Students of OSU (ASOSU) that document the operation of student government and is made up of certificates, correspondence, flyers, handbooks, meeting minutes, newspaper clippings, photograph albums, posters, publications, scrapbooks, student papers, and survey records. In addition to reflecting the process of allocating student fee funds, the organization of campus events, publicity about various issues impacting students, and courses/internships associated with membership in student government, these materials also illustrate the involvement of ASOSU with other organizations such as the Oregon Student Association, the Oregon Statewide Student Equal Rights Alliance, the Oregon Student Lobby, and the U.S. Student Association. Primarily containing newspaper clippings, newsletters, and flyers, the scrapbooks document ASOSU-sponsored events, elections, campaigns focused on various issues, and news stories about members.

A fifth addition to the collection (Accession 2014:052) consists of materials generated by the Associated Students of OSU 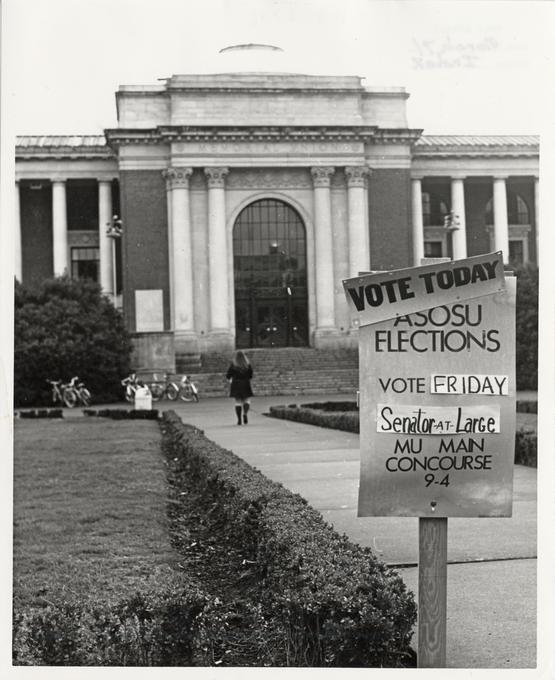 that reflect legislative activity of the Senate (72nd and 73th sessions) and the House of Representatives (4th and 5th sessions). In addition to meeting minutes and agendas, these records are also made up of bills and resolutions, attendance sheets, vote counts, and letters. Also included in this transfer are annual reports documenting the 2010 and 2011 Gripe Fests.

The collection's Itemized Photographs consist primarily of portraits of ASOSU Presidents. The Non-Itemized Photographs were accessioned from the Associated Students of Oregon State University. This series has been arranged by accession and includes images of ASOSU sponsored events. Featured in these photographs are ASOSU President Justin Geddes and Vice President Chala Barrington. Also included in this series are images of Student Lobbyists in Washington D.C. (some associated with the Oregon Student Lobby), student volunteers working with children and the elderly, the 1965 ASOSU Officers and Senators, Oregon Governor Neil Goldschmidt (ca. 1986), and mold damage and deterioration in Corvallis rental housing. A preliminary list of the contents of the collection exists as a digital PDF.