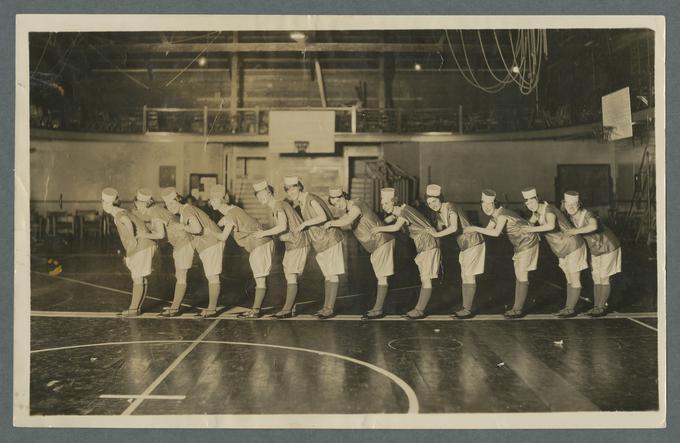 The Greek Life Office Records document the administration of this office, which regulates and provides support services to  the fraternity and sorority community at Oregon State University. These materials were primarily generated by the Greek Life Office and reflect administrative activities such as the development of training workshops/classes, the compilation of membership statistics, collaboration with law enforcement agencies in educational programming, and the evaluation of annual rush activities. The Greek Life Office was established in 1998.

Oregon Multicultural Communities Research Collection, 1873-2017 (MSS OMCRC)
This collection pertains to multicultural communities both at Oregon State University and across Oregon. The collection contains, but is not limited to, information on the following: campus cultural centers, student solidarity movements, offices and committees dedicated to diversity on campus, building information, protests and unrest pertaining to multicultural communities, and student groups and associations. Also included is the film "Black Greeks at OSU," an 18-minute undated documentary, likely circa 1990s or 2000s, featuring interviews with African American students and staff associated with Greek life at OSU. The film is available online. 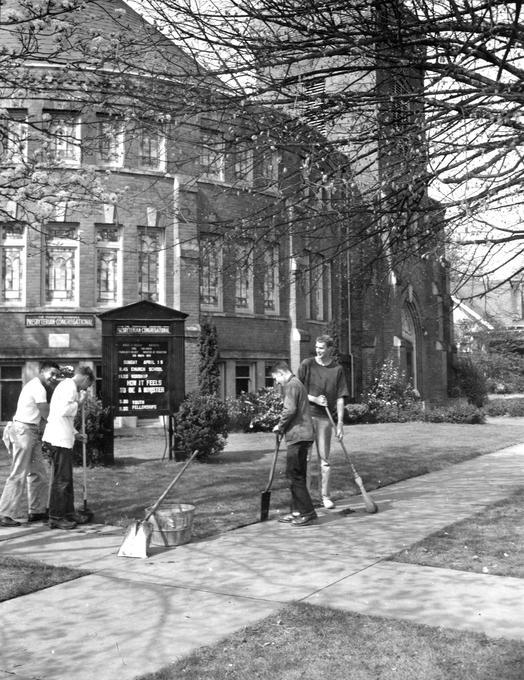 Office of Multicultural Affairs Records, 1986-2009 (RG 225)
The Office of Multicultural Affairs Records document the administration and functioning of the Office, which was established in 1991, and the variety of multicultural programs and activities for students and faculty at Oregon State University. Primarily made up of correspondence, Series 1 also contains a sub-series, Event Planning, that includes a folder on fraternity and sorority events (Box 2, Folder 18).

Elmo R. and Doris Mardis Tibbetts Collection, 1923-1930 (MSS Tibbetts)
The collection includes images of Elmo and Doris Mardis Tibbetts and documents their student activities while at OSC, including the activities of Sigma Alpha Epsilon fraternity, Zeta Tau Alpha sorority, the cadet band and the practice house. The collection also includes portraits of other students. 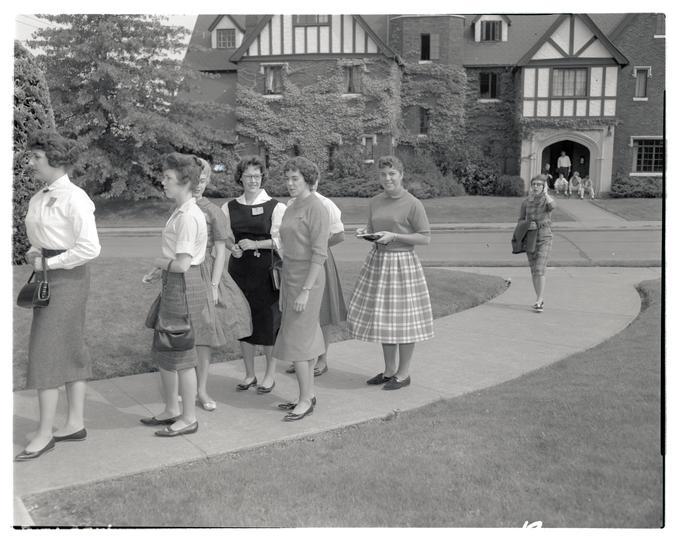 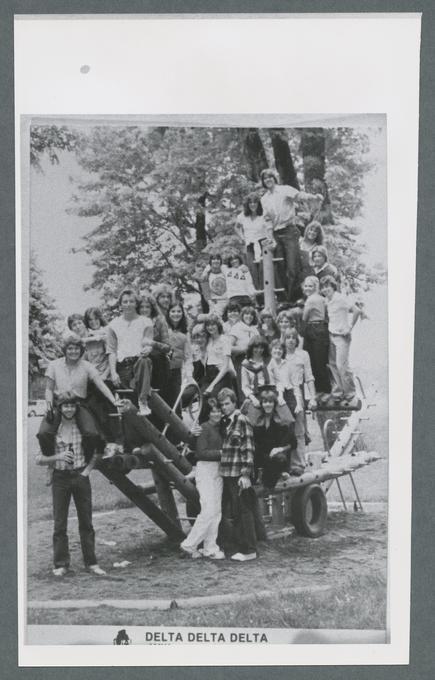 the late 1930s. Included among the publications found with this scrapbook are Delta Delta Delta sorority newsletters, OSC student "Progressive Party" newspapers, and university guides such as the rush handbook and co-ed code (Box 01).

*Dona Dinsdale Papers, 1943-2013 (MSS Dinsdale)
The Dona Dinsdale Papers document Dinsdale's student years at Oregon State College from 1943 to 1947. The collection includes course materials, correspondence, publications, ephemera and photographs. The correspondence consists of letters written by Dinsdale to her parents from 1943 to 1947, and describes daily life at Oregon State, including sorority pledging and events (Box 02). The photographs include a group photograph of the senior graduating class of the Upsilon Chapter of Sigma Kappa Sorority (Box 02), taken in front of the chapter house on graduation day, June 8, 1947.

Jayne Walters Scrapbook, 1934-1940 (MSS Walters)
The Jayne Walters Scrapbook consists of materials assembled by Walters during her student years at Oregon State College in the late 1930s. The scrapbook, and loose materials that are housed separately, include clippings, publications, ephemera, correspondence, and a few photographs. The scrapbook documents student life during this period, as well as Walters' membership in the Alpha Chi Omega sorority (Boxes 01 and 02).

*Jay William Blair Photographic Collection, circa 1939-1942 (P 234)
This collection consists primarily of photographic negatives made by Jay W. Blair documenting campus buildings and grounds and student activities during Blair's years at Oregon State College. The collection includes images of Blair and other students; panoramic views of campus and of a military review; and views of campus buildings, construction of the homecoming bonfire, the Alpha Gamma Delta sorority (Box 01) house, damage to campus trees by the 1941 ice storm, and the Mary's River dam. 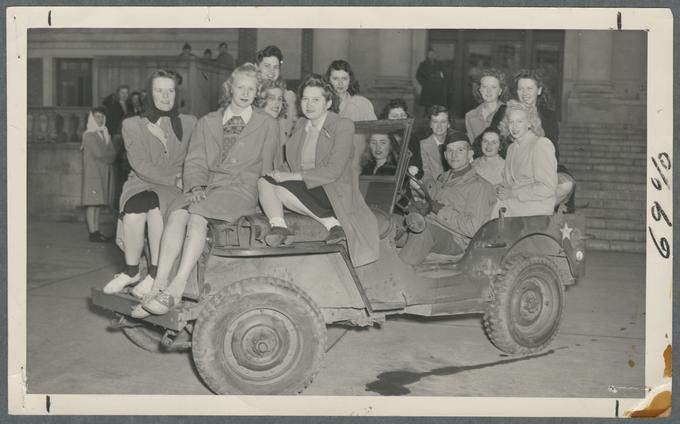 ​Student Affairs Moving Images, 1963-1992 (FV 182)
The Student Affairs Moving Images consist of film and video productions prepared by student affairs units at Oregon State University and include Rush, depicting sorority rush for women students at Oregon State University. The film describes the process for sorority rush and the costs of being a sorority member. It includes interviews with two women students and footage of women participating in rush events, the interior and exterior of sorority houses, and fraternity men. The film is 6:29 minutes, and is available online. 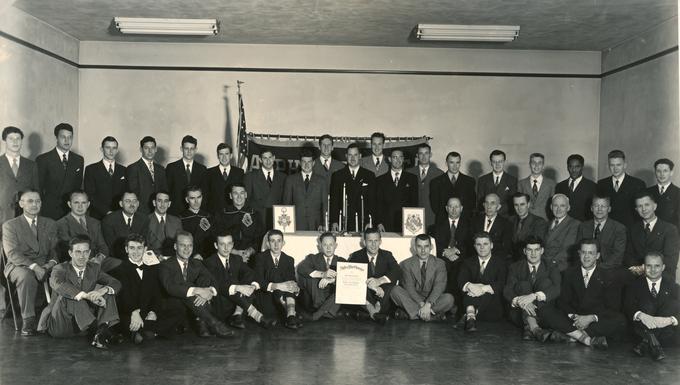 Clifford L. Smith Photograph Collection, 1916-1919 (P 037)
The Clifford L. Smith Photograph Collection consists of images assembled by Smith that document student life at Oregon Agricultural College in the late 1910s. Several photos are pictures of the Lambda Chi Alpha fraternity (Box 01) house and members. This collection has been digitized and made available online.

Walter E. Morris Photograph Collection, 1909-1911 (P 122)
The Walter E. Morris Collection consists of four photographic postcards of Oregon Agricultural College (OAC) students collected by Morris during his student years at OAC. The images include the bandstand dedication in 1910; the OAC football squad in 1911; the sophomore football team for 1909; and members of the Delta Omega fraternity (Box 01) on the front steps of the fraternity's first house at 1353 Monroe Street. 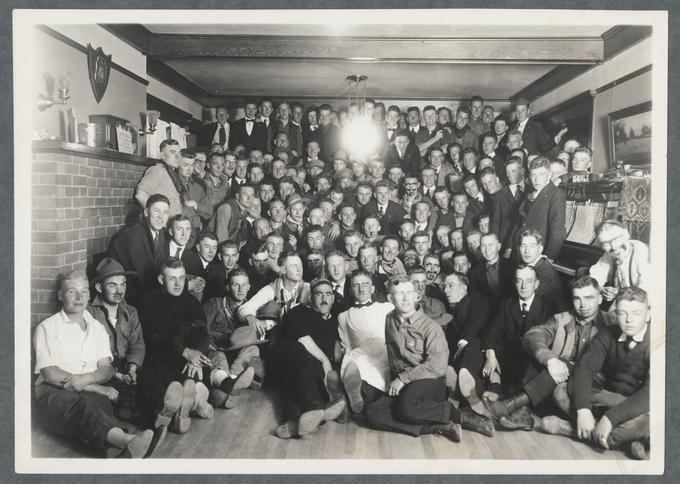 State College. The photographs depict Schell and other students at dances, parties, and dinners and include group photographs of the Kappa Sigma fraternity (Box 01) members, and the Interfraternity Sing. Several images include the fraternity's pet dog, George.

Virgil L. Choate Collection, 1953-1957 (MSS Choate)
The Virgil L. Choate Collection consists of ephemera and photographs assembled by Choate during his student years at Oregon State College in the mid-1950s. The bulk of the images depict activities at the Phi Delta Theta fraternity (Box 01), including house dances. Images of the interior and exterior of the Phi Delta Theta fraternity house and of fraternity members are also included.

James T. Gaither Photograph Collection, 1917-1922 (P 275)
The James T. Gaither Photograph Collection consists of images taken and assembled by Gaither during his student years at Oregon Agricultural College from 1917 to 1922, when he earned a BS degree in Commerce. Of special note is an oversize photographic print of the members of the Delta Upsilon fraternity (Box 02) that includes Gaither and Linus Pauling, also a member of the fraternity.

Francis and Lois Wilson Neer Photograph Album, 1910-1914 (P 206)
This photograph album consists of photographic prints probably collected and assembled by Francis E. Neer or Lois Katherine Wilson. Especially notable are images of the Gamma Delta Phi (later Kappa Sigma) fraternity (Box 01) house at 239 N. 8th Street, including its construction in 1911. Neer and Wilson graduated from OAC in 1914 and were later married and lived in Salem.

Frederick V. Betts Scrapbook, 1926-1964 (MSS Betts)
The Frederick V. Betts Scrapbook consists of photographs and ephemera created and assembled by Betts during his student years at Oregon Agricultural College in 1926-1928. Interior and exterior views of the Sigma Phi Epsilon fraternity (Box 01) house are included as well as images of fraternity activities and rituals, such as "bowing before the ghost". 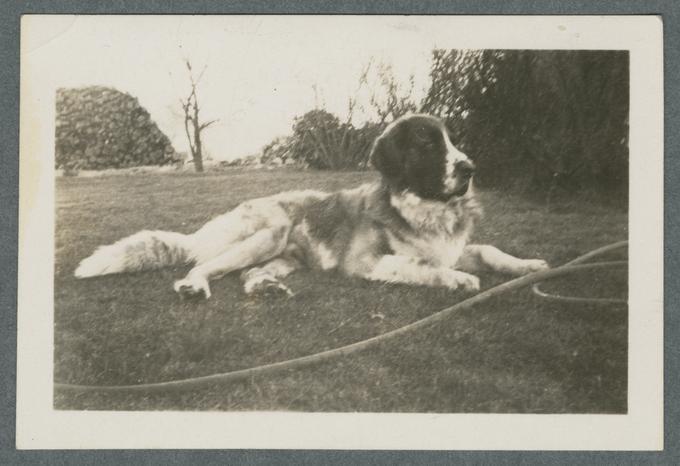 Sigurd D. Medhus Papers, 1947-1949 (MSS Medhus)
The Sigurd D. Medhus Papers consist of materials generated and assembled by Dewey Medhus during his student years at Oregon State College documenting his membership in the Delta Upsilon fraternity (Box 01); his activities as a yell leader and yell king; and his attendance at the Air Force ROTC summer camp at Hamilton Air Force Base in 1949. The collection includes scrapbook pages with photographs and newspaper clippings; loose photographs; a yearbook from the 1949 ROTC summer camp; and a felt Oregon State pennant.