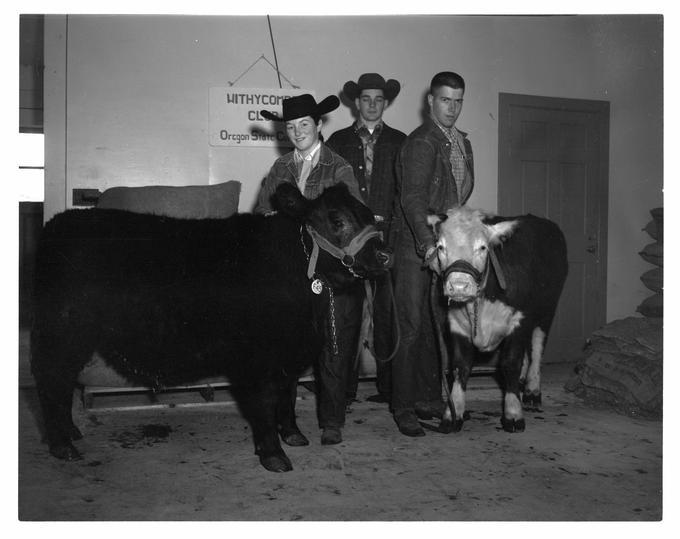 The full range and variety of student organizations are represented in these records and include those whose focus is an academic or degree program; ethnic or cultural community; or local, state, or national politics. Service organizations, fraternities and sororities, honor societies, and student chapters of professional organizations are documented in the collection. Student organizations were established by and for graduate students, women, ethnic minorities, and international students, and are included in these materials. Many religious and spiritual organizations are included as well as organizations that address social movements and concerns locally, regionally, and internationally. Student government, media, and publications are documented in the records. Sports and recreation clubs for women and men are included in the files, as are clubs that were established as a way for students with similar hobbies/interests to interact socially.

The Records include annual review forms, budgets and financial reports, constitutions and by-laws, member rosters and officer lists, event registration forms, and related documentation and correspondence.  Information about the number of members and the name of the faculty advisor are included for many of the organizations.  The files for some organizations include brochures, manuals, posters, and other materials documenting the organization’s activities and programs. 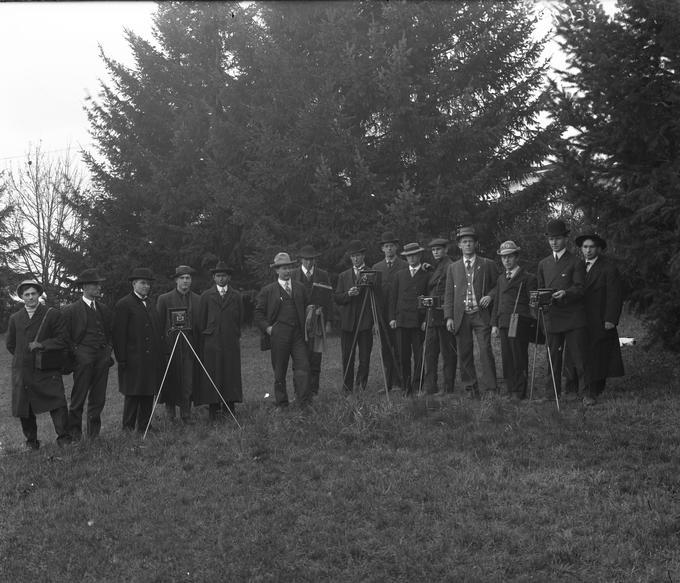 Materials in the collection represent students of different races and ethnicities, disciplines, and hobbies/interests, and also include chapters and branches of national service organizations and honor society.

Examples of clubs and organizations represented in the records include:

These records document the administration of Student Leadership and Involvement (SLI) and its predecessor, the Student Activities Center.  These organizations provide support services to student organizations through leadership training programs, event planning assistance, financial advising, and management of the annual student organization registration process.  The administrative role that SLI fills was first established in 1957 as the Student Activities Center as a part of the Memorial Union.  This collection includes 194 photographs, 4 VHS videotapes, 8 sound recordings and 653 Mbytes of born-digital materials. 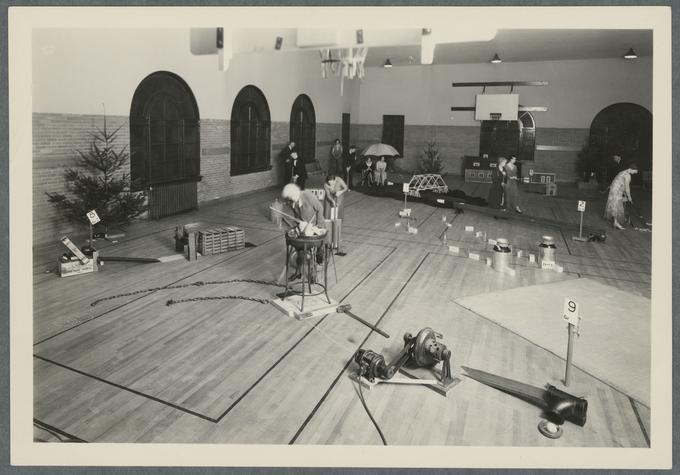 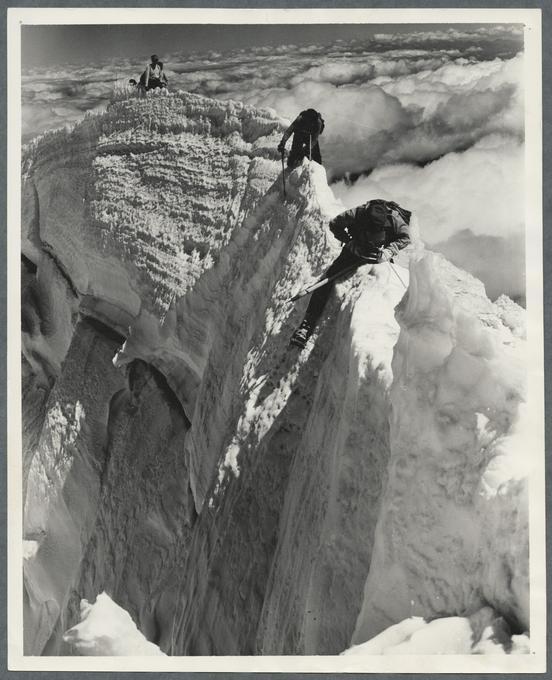 activities of this student organization. The collection contains scrapbooks, minutes, issues of the club's newsletter, correspondence, and photographs.

Sigma Xi Records, 1932-2001 (MSS SigmaXi)
The Sigma Xi Records document the activities and programs of the Oregon State University chapter of this scientific research society and include summaries of the status of scientific research at Oregon State University in the 1930s and 1960s. The records include correspondence and clippings regarding the organization's activities and members as well as petitions to the national organization.

Oregon State University Dames Club Records, 1927-1973 (MSS Dames)
The Oregon State Dames Club Records document the membership and activities of this organization of the wives and mothers of Oregon State students. The Records include constitutions, correspondence, a history of the club prepared by Fern Roche, National Association of University Dames yearbooks, meeting minutes, financial records, and scrapbooks. The scrapbooks include information about scholarships awarded by the organization, lists of members and officers, publicity and ephemera, and yearly summaries of activities.

*Phrateres Gamma Chapter Scrapbooks, 1930-1962 (MSS Phrateres)
The Phrateres Gamma Chapter Scrapbooks were assembled by Oregon State chapter members and document the membership and activities of the organization, which began as a social and service organization for independent women students who were not members of a sorority. The collection consists of 10 scrapbooks that include clippings, constitutions, newsletters of the national organization, ephemera, and photographs. 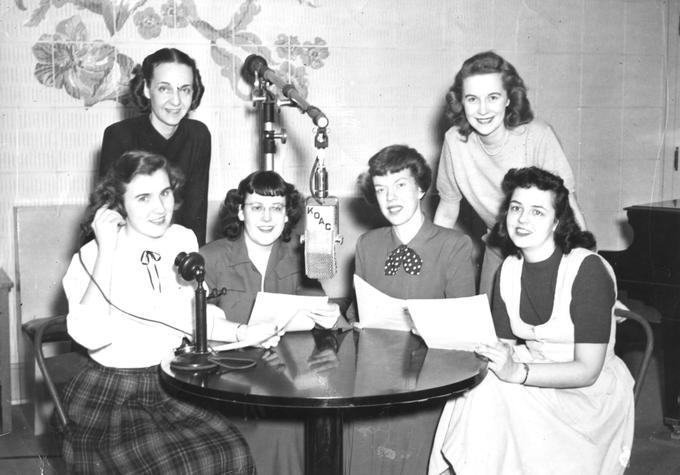 *Triad Club Records, 1925-2006 (MSS TriadClub)
The Triad Club Records document the activities and operation of this organization of Oregon State University faculty established in 1926 to further "fellowship, cooperation, and service" among faculty, students, and the citizens of Corvallis. The records include membership lists, minutes, scrapbooks, photographs, and anniversary publications.

Oregon State University Women's Club Records, 1970-1980 (MSS OSUWomensClub)
The Oregon State University Women's Club Records document the activities of this organization of Portland (Or.) women who graduated from Oregon Agricultural College in the 1910s and 1920s. The collection includes by-laws, a 1980 history of the organization, minutes, treasurer's reports, and yearbooks for 1976/1977 and 1979/1980.

*Henry C. Gilbert Photograph Collection, 1905-1917 (P 158)
The Henry C. Gilbert Photograph Collection consists of scenic postcards and photos from around the Pacific Northwest and Canada, as well as images of activities taking place on the Oregon Agricultural College campus. The membership and functions of the Oxford Club (Box 01) at OAC are a particular focus of the collection's campus images. This collection has been digitized and made available online. 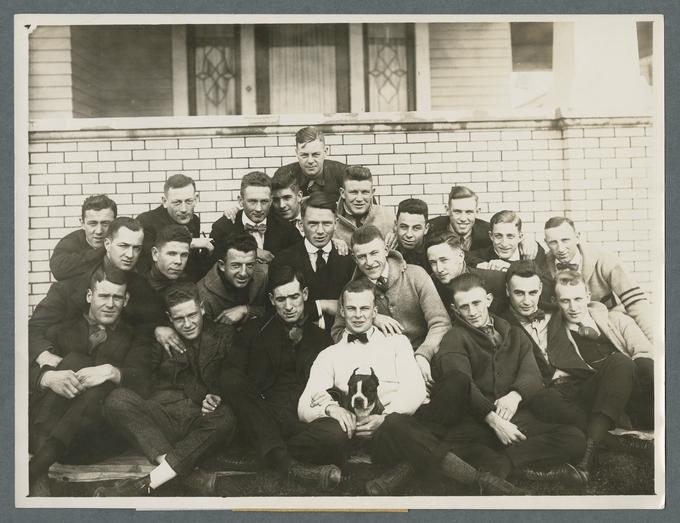 Alpha Epsilon Oregon Upsilon Chapter Records, 1975-1995  (MSS AlphaEpsilon)
The records of the Oregon Upsilon chapter of Alpha Epsilon, an honor society for biological and agricultural engineers, consist of consititutions, correspondence, membership rosters, treasurer's reports, and a certificate documenting the establishment and membership of the chapter at Oregon State University. An addition to the Alpha Epsilon Oregon Upsilon Chapter Records (Accession 2011:076) includes a scrapbook containing lists of initiates and officers as well as letters regarding the chartering of the chapter. 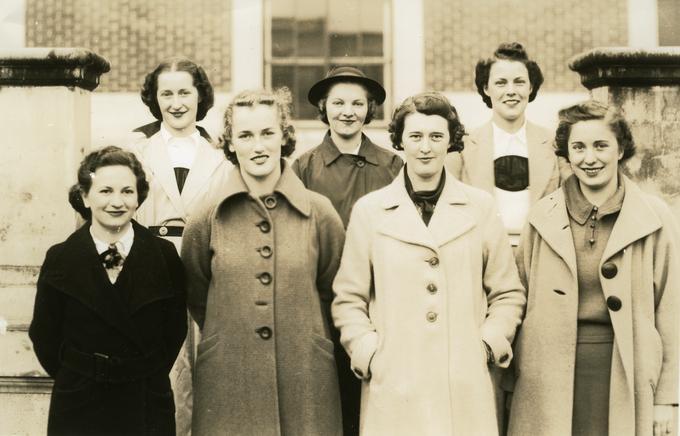 Gamma Sigma Delta Records, 1909-2010 (RG 020)
The Oregon Agricultural College chapter of Gamma Sigma Delta (originally called Delta Theta Sigma) was established in 1908; it has been called the first honorary society at the university. These records document the administration, membership, and activities of this honorary agricultural society. 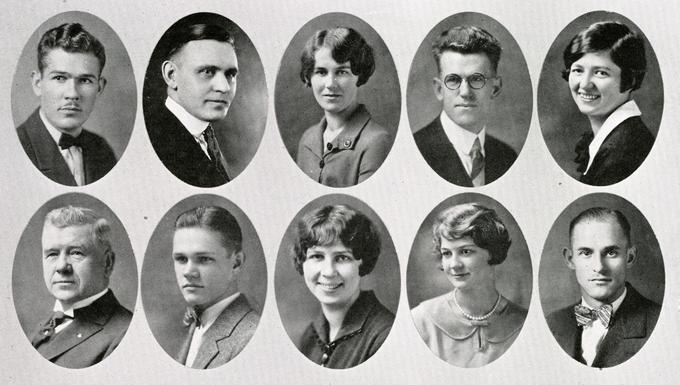 These records were generated by the OSU Chapter of the Honorary Society of Phi Kappa Phi and document the origins and development of the group, the yearly process of the selection of pledges and members, sponsorship of the Biology Colloquium lecture series, and the awarding of fellowships and scholarships by the chapter. Established in 1897, the Honorary Society of Phi Kappa Phi was founded to honor academic achievement through offering membership in the Society to the top ten high percent of a college senior class. 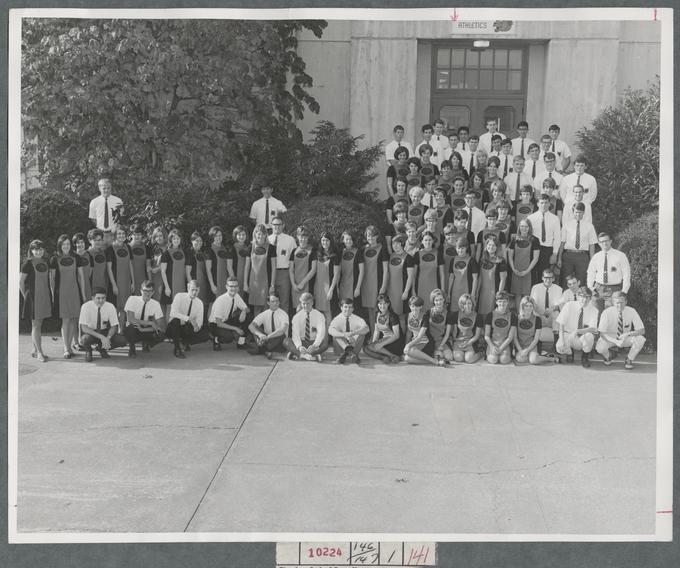 *Talons Records, 1936-1990 (MSS Talons)
Talons is a service-oriented honorary society for sophomore women founded at Oregon State College in 1933. This collection includes minutes of general and executive committee meetings, lists of officers and members, application forms, scrapbooks, and information about projects such as the dance for senior citizens and cookie sales.

*Sphinx Society Records, 1949-2006 (MSS Sphinx)
Formed in 1909 as a honorary society open only to senior male students, the Sphinx Society operated largely as a secret organization until it's disbanding in 1969. The collection consists of correspondence, an historical essay, a membership list, a large wooden plaque with metal plates emblazoned with members' names, membership rosters and procedural information.

*Phrateres Gamma Chapter Scrapbooks, 1930-1962 (MSS Phrateres)
The Phrateres Gamma Chapter Scrapbooks were assembled by Oregon State chapter members and document the membership and activities of the organization, which began as a social and service organization for independent women students who were not members of a sorority. The collection consists of 10 scrapbooks that include clippings, constitutions, newsletters of the national organization, ephemera, and photographs. 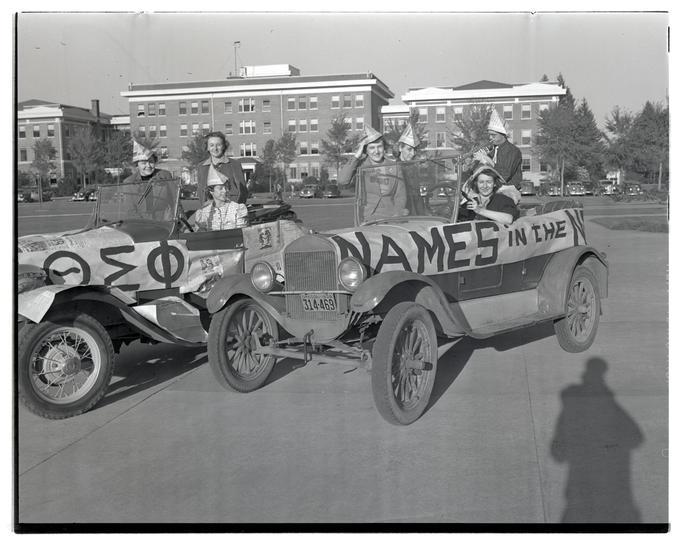 *J. Kenneth Munford Collection, 1866-2000 (MSS Munford)
The J. Kenneth Munford Collection consists of a variety of materials assembled and created by Munford as a student, teacher, writer and editor, and local historian. Series 10, 11, and 12 (Boxes 2, 13, and 14) consist of materials related to Munford's membership in Phi Kappa Phi, an honor society established to recognize and encourage superior scholarship regardless of academic discipline.

To find additional collections relating to clubs and societies at Oregon State, try keyword searches for these terms: