Since its designation as a land grant institution of higher learning in 1868, Oregon State University has been led by nineteen presidents, including five acting presidents. Each has had a significant influence on the University. An online exhibit consisting of images and biographical information retrieved from the OSU Libraries Special Collections and Archives Research Center holdings was created in December 2013. 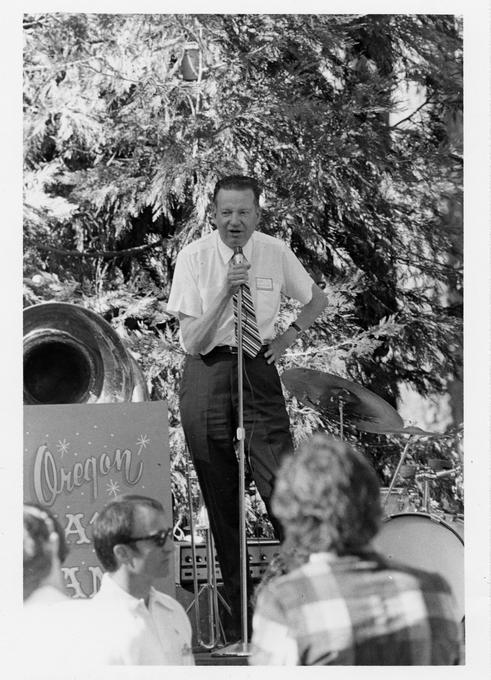 *President's Office Motion Picture Film and Videotapes, 1961-1996 (FV 092)
The President's Office Motion Picture Film and Videotapes consist of recordings of special events and speeches at Oregon State University (OSU) including the retirements of OSU Presidents Robert W. MacVicar in 1984 and John V. Byrne in 1996 and statements by Oregon Governor Mark Hatfield and President A.L. Strand at the signing of the 1961 bill to re-name Oregon State College to Oregon State University. Nearly all of this collection has been digitized and made available online.

News and Communication Services Records, 1940-2004 (RG 203)
The News and Communication Services Records document the public relations activities of Oregon State University, especially with the news media. The records consists primarily of biographical files for faculty, staff, administrators, alumni, and others affiliated with Oregon State and press releases, and also includes sound recordings; policies and procedures; and subject files. Materials specifically relating to the Office of the President can be found in Boxes 01 (Strand), 04 (Jensen), 07 (McVicar), 08 (Byrne) and 17 (Jensen, MacVicar, and Byrne). 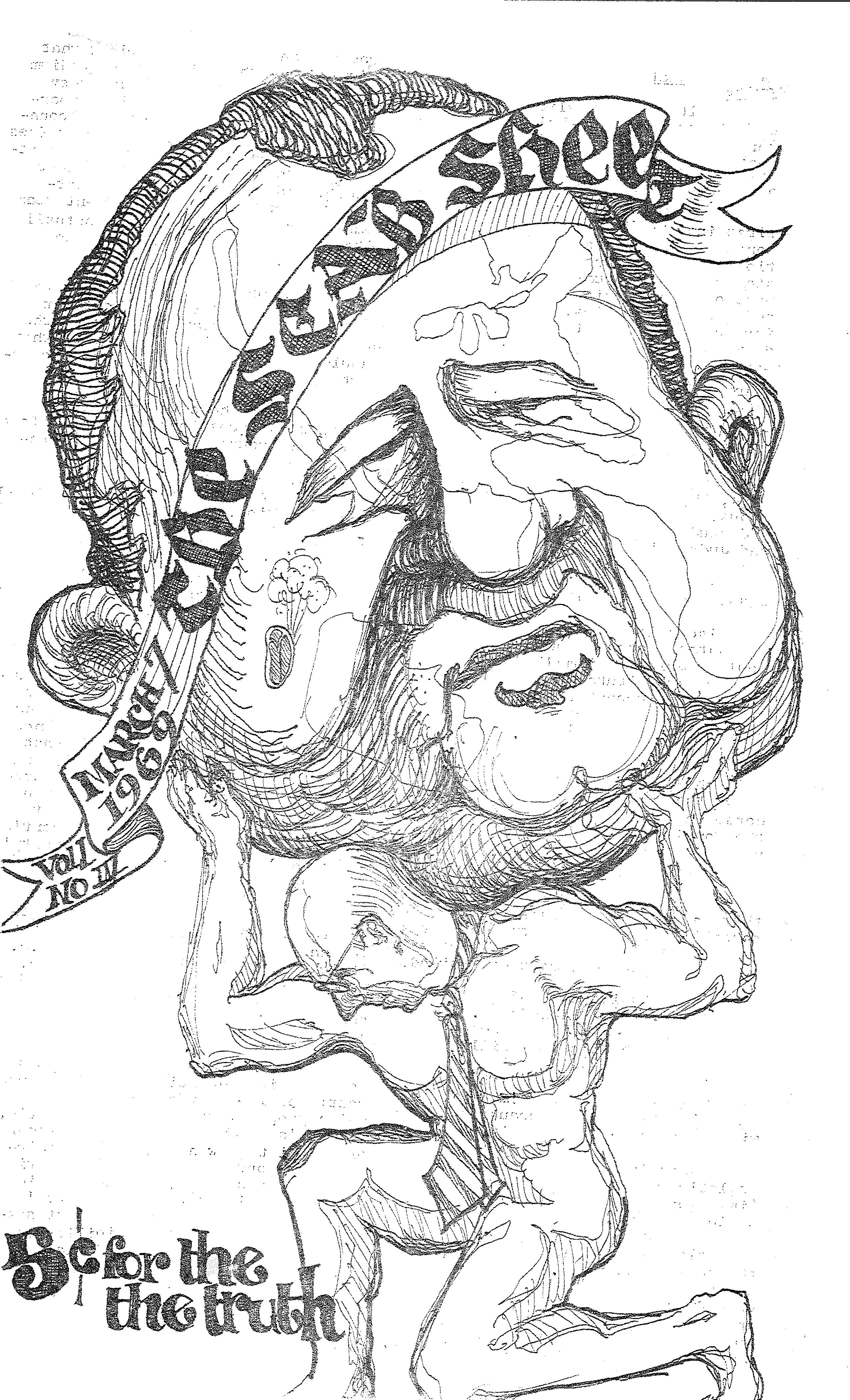 University. This collection consists of documentation including: reports and publications, correspondence, committee records, surveys, conference and workshop materials, and subject files. Also included in the collection are scrapbooks, photographs and albums, artifacts, Women's Center publications and posters, and student-authored papers. These records provide information on a variety of topics, including but not limited to: feminism, sexual assault prevention and awareness, equity for LGBTQ students, ethnic, cultural and racial diversity, and the campus climate. This collection documents interactions between the Women's Center and other OSU offices and organizations. Materials relating to the President's Commission on the Status of Women can be found in Box 02, Folders 06-12 and Box 06, Folders 04-05.

Underground Newspapers, circa 1965 - 2002 (PUB 013-3)
The Underground Newspapers consist of publications, primarily written and produced by Oregon State University students, that were intended as alternatives to the mainstream press.  Most of the publications were issued during the period of student unrest in the 1960s and early 1970s.  The predominant topics are civil rights, specifically racial incidents at Oregon State University, and the war in Vietnam. All of the issues of one of the publications, the Scab Sheet, are available online.

*Fred M. Shideler Papers, 1929-1998 (MSS Shideler)
The Shideler Papers document the OSU presidency of James H. Jensen through materials created and assembled by Fred Shideler in his role as head of information services for the University. Most of the collection consists of drafts of speeches, statements, news releases, and correspondence written by Shideler for President James H. Jensen (Boxes 2, 3, and 4), 1961-1969. Materials about William Jasper Kerr and A.L. Strand can be found in Box 01.

Edwin T. Reed Papers, 1886-1948 (MSS Reed)
Series 3 of this collection consists of source materials collected by Reed for his biography of William Jasper Kerr as well as manuscript drafts of the biography. Much of the source material was given to Reed by Kerr, and is arranged according to general subjects determined by Kerr. Materials from other sources have been interfiled with the materials from Kerr. Source materials include speeches, publications, newspaper clippings, correspondence, and Reed's research notes. The biography manuscript consists of drafts of various chapters, correspondence between Reed and Kerr concerning Kerr's review of various chapters, and copies of halftone illustrations that Reed intended to be used in the final publication. Photographic illustrations that Reed intended to use are found in Series 4. Series 3 constitutes the largest extant body of William Jasper Kerr's personal papers.

Presidents of Oregon State University - Collections in Order of Tenure 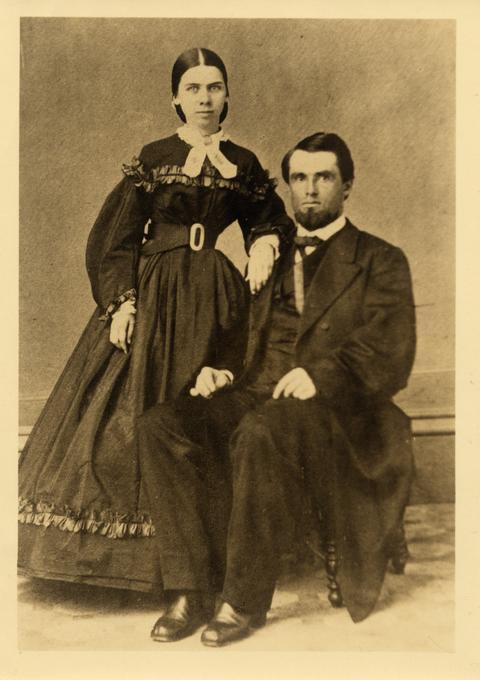 Joseph Emery Lecture Notebook, circa 1872 (MSS Emery)
Joseph Emery served as the acting president and head of faculty in the summer of 1872, from the time of William A. Finley's departure in June until Benjamin L. Arnold arrived in September. The Emery Lecture Notebook contains geology lecture notes used by Emery at Corvallis College around 1872. Also included are entries for the Agricultural Farm "old subscription" for 1870 and 1871. This probably refers to the fundraising efforts to pay for the original college campus.

Benjamin L. Arnold Collection, 1874-1892 (MSS Arnold)
The Benjamin L. Arnold Collection consists of several items pertaining to Arnold, who served as president of Corvallis College from 1872 until 1892. The items include correspondence written by Arnold to his family; newspaper clippings regarding Arnold's death; condolence letters written to Arnold's widow Minnie following his death in 1892; and two Benton County, Oregon land deeds.

President’s Office Records of B.L. Arnold, 1888-1892 (RG 013 - SG 01)
This collection contains correspondence sent and received by B. L. Arnold and his staff concerning the State Agricultural College from 1888 to 1892 and includes communications with the Board of Regents, current and future faculty members, government officials, and other parties. Additional correspondence from the Arnold presidency can be found in the President's Office Records of John M. Bloss, Series I. 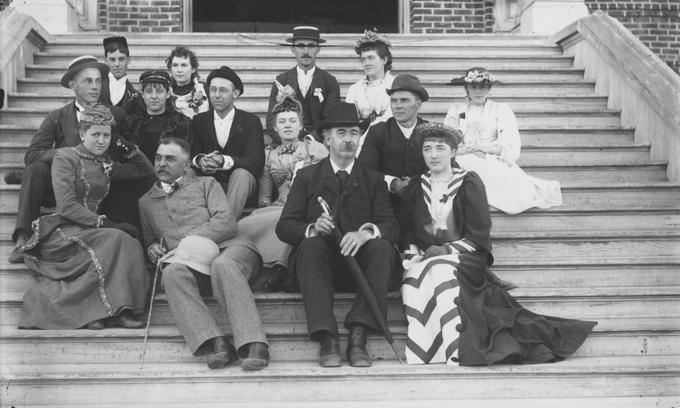 correspondence from the Arnold, Letcher, and Bloss presidencies, a microfilmed copy of a Corvallis Gazette article announcing Bloss' marriage to Mary A. Woods, the transcript of a speech on pollination given by Bloss, two reports to the Secretary of Agriculture and the Secretary of the Interior describing the state of the college, and information on students, faculty, and course offerings compiled for President Bloss.

*John McKnight Bloss Collection, 1870-1968 (MSS Bloss)
The written materials include local and family histories and clippings and a hand-drawn map of the Bloss farm north of Muncie, Indiana prepared by Will Bloss. The photographs include 2 portraits of Bloss taken in New Albany, Indiana (ca. 1870-1875); images of Bloss, campus views and buildings, Corvallis, and the Willamette River taken during Bloss' presidency (1892-1896); a photograph of the Bloss Family at their farm in Hamilton Township, Indiana (near Muncie) in early 1905 and a later family photograph from the 1950s; photographs of the 1886 and 1889 Indiana University football teams; and 2 photographs of Bloss' grave marker in Indiana taken in 1968 by his grandson. The most notable photographs show construction of the annex to Mechanical Hall in 1894; views of the orchard and garden north of Benton Hall; and a full portrait of Bloss wearing a Union greatcoat taken in the campus greenhouse.

President's Office Records of H. B. Miller, 1896-1926 (RG 013 - SG 04)
The President's Office Records of H. B. Miller contain extensive correspondence regarding the operation of the State Agricultural College of Oregon during Miller's 1896-1897 presidency and include communications with the Board of Trustees, the Executive Committee, college faculty, and educators throughout the United States. The collection also contains a comprehensive report describing the activities of the College during the 1897 academic year, and copies of a biography and an obituary for Miller.

President's Office Records of Thomas Gatch, 1897-1907 (RG 013 - SG 05)
The President's Office Records of Thomas Gatch (1897-1907) are comprised of correspondence, faculty-generated reports, and reports submitted to the Board of Regents and the Secretary of the Interior. All correspondence relates to the stationing of an Army Commandant at Oregon Agricultural College. The reports include statistics on student attendance, faculty performance, course offerings, campus improvements, and college finances. 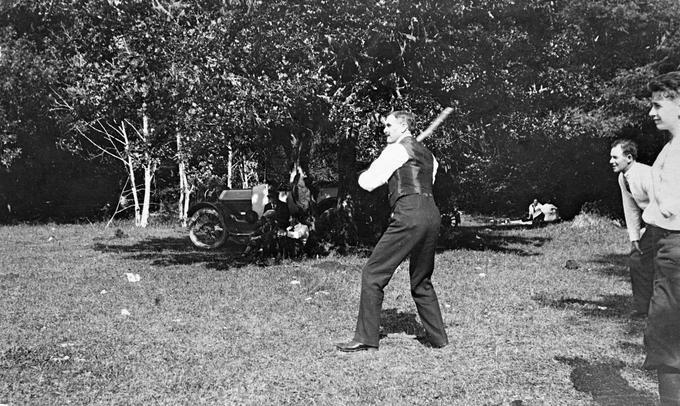 President's Office Records of William Jasper Kerr, 1907-1964 (RG 013 - SG 07)
The President's Office Records of William Jasper Kerr (1907-1932) are comprised of materials from Kerr's tenure as President of Oregon Agricultural College. The collection include a general reference file, correspondence, newspaper clippings, communications with the Oregon State Board of Higher Education, publications, reports to the Board of Regents, survey materials, and biographic materials. The collection contains extensive material relating to the physical and curricular growth of the college, the controversial reorganization of OAC and the University of Oregon, and the state of higher education in Oregon in the early 20th century.

F. A. Gilfillan Papers, 1894-1984 (MSS Gilfillan)
Francois Archibald Gilfillan was officially appointed as the acting president of Oregon State College in September 1941 after the resignation of President Ballard; he led the college through the early months World War II until August L. Strand's arrival in October 1942. The collection includes professional and family correspondence, administrative documents from OSU and other educational organizations, and materials documenting Gilfillan’s work as a public school teacher, member of the U.S. Army Chemical Warfare Service, and Oregon State faculty member and administrator. 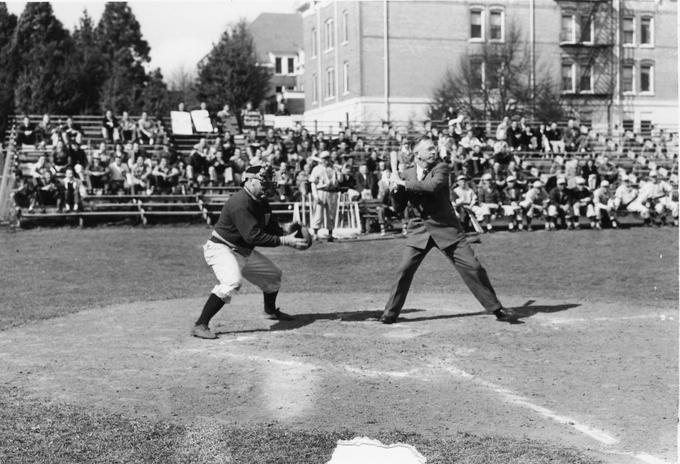 recollections and remembrances of A.L. Strand, President of Oregon State from 1942 to 1961. The collection includes recordings and transcripts of 10 oral history interviews, written remembrances and recollections, and extensive project records.

Robert W. MacVicar Papers, 1942-1995 (MSS MacVicar)
The MacVicar Papers document the activities of Robert MacVicar, who served as President of OSU from 1970 to 1984. The collection primarily focuses upon MacVicar's work and personal life outside of OSU, including his scientific research and administrative activities at Southern Illinois University, and his involvement various projects concerning economic development in the Pacific Northwest and agricultural concerns in Africa and Latin America. 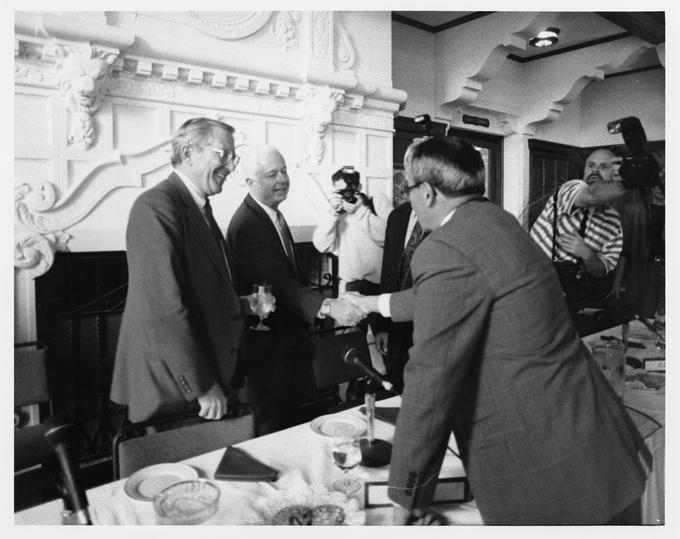 *John V. Byrne Papers, 2014 (MSS Byrne)
The John V. Byrne Papers consist of a memoir written by OSU President Emeritus Byrne, in which he describes his life working as a professor and administrator at OSU in the School of Oceanography, the Research Office, and as the President of the university (1984-1995).