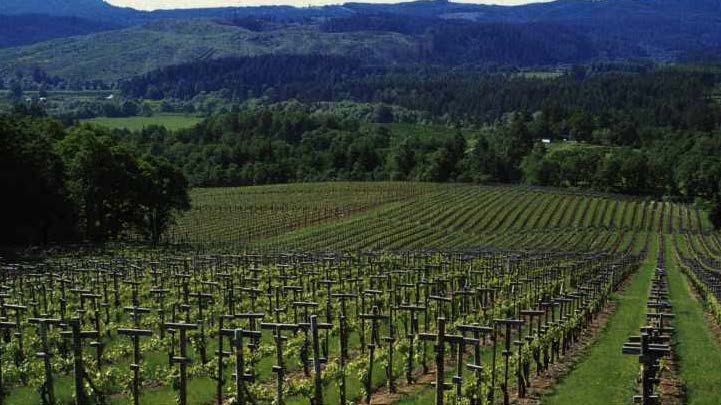 Perched at the top of a foothill in the Central Oregon Coast Range, Alpine, Oregon is likely named for the Alpine School, which operated in the area several years prior to the establishment of a settlement. In the early 1900s, the Corvallis and Alsea River Railway Company began construction of a line that terminated in Alpine, but funding ran out before the line was completed and the project was abandoned. In 1912, a post office was established, and continued to operate until 1976; residents of Alpine and Monroe now share a post office. A historic photograph of The Alpine Tavern, built in 1936, was featured in a Miller Beer advertisement in 2005 and the tavern is still in operation today. Oregon State University's research vineyard, Woodhall Vineyard, is located 3 miles west of Alpine, along Green Peak Road.

Ralph VanCleave Photographic Collection, circa 1860-1949
The Ralph VanCleave Photographic Collection contains images of the Horning Carding Mill and F.A. Horning residence, and includes written histories of both subjects. Also held within the collection are images, taken in the 1940s, of public schools from all around the Willamette Valley. One such image is of the Alpine School (image #26, Box 01). An image from this collection is available online in Oregon Digital.

The University of Oregon's holdings include the work of photographer and graphic artist, James Cloutier. In 1977, Cloutier published a book about the city of Alpine, Oregon; his collection includes contact prints, mounted photographs, and negatives of images used in the illustration of that book. Select images from the James Cloutier Photographs are available online in Oregon Digital.