Kenge Kobayashi was born in Imperial Valley, California in 1926 where his parents, who emigrated from Japan in 1905, had a farm. In 1942, his family lived in internment camps, first in the Gila River Relocation Center in Arizona for one year, and then in Tule Lake Relocation Center in California until 1945. The family resettled in California where Kobayashi studied art and graphic design at the Art Center School in Pasadena. He served in the army for two years during the Korean War. He would later work for an advertising company in Chicago for eleven years and eventually moved back to California. With his first wife he had seven children; after her passing he remarried and following his retirement he moved to Eugene in 1989. He taught painting in Eugene and was active in Japanese-American community organizations. Kobayashi's art is installed on the panels of the stand stones in the Japanese American Memorial Project, depicting concepts of justice, perseverance and honor. 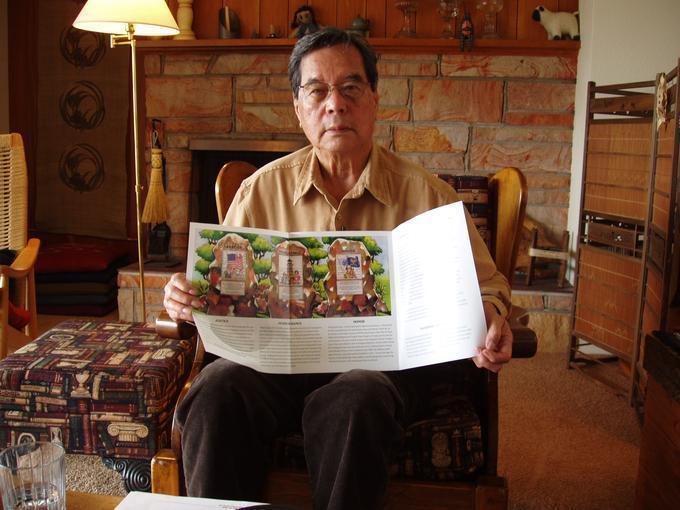