Hiroshi Ogawa was born and raised in Pasadena, California, in 1941. His family was interned in Gila Bend, Arizona for four years. He went to college at the University of California at Santa Barbara where he first started making pottery, graduating in 1963. He taught pottery in public school until 1969 when he went to Japan to study Buddhism and pottery. He met his wife, Keiko, in Japan and after returning to California in 1972, he set up a studio in Carmel Valley. They eventually moved to Elkton, Oregon in 1981. Since then he has operated his pottery studio with a Japanese wood fired kiln, or hikari-gama. He has built a community of potters who share in the experience of firing the kiln. 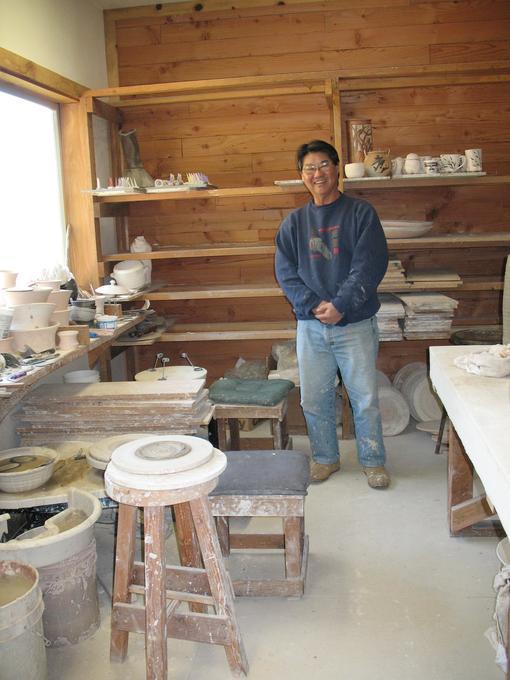