Chiyo Mori was born in Stockton, California, in 1921. Her parents emigrated from Aichi prefecture in Japan and ran a hotel in Stockton. Mori grew up in Sacramento, California, and attended Sacramento Junior College and studied at the Hazmore School of Fashion in San Francisco. She was relocated first at Tule Lake where she taught sewing and pattern making, and later at Amache in Granada, Colorado. After leaving the camp, she lived in New York City for a year and then Denver, where she worked as a pattern maker. After marrying Perry Mori in 1949, they eventually settled in Albuquerque, New Mexico, where her husband taught at the University of New Mexico. After he retired in 1982, they travelled extensively and eventually moved to Eugene in 2007.

Perry Mori was born in Watsonville, California, in 1921. His parents had emigrated from Japan in 1902-1903 and worked on the farms in Watsonville. Mori attended Salinas Junior college in 1939 - 1941 and received his AA degree in the Salinas Assembly Center where his family was initially interned. He was in Tule Lake, California until 1943 when he went to Chicago. He was drafted into the Army in 1944 and was an interpreter for the American Occupation in Japan. He attended Northwestern University and received a BA in Business Administration and an MBA in 1950. Mori received a law degree in 1965. He was the first Japanese- American professor at the University of New Mexico where he taught Accounting in the Business Department until his retirement in 1982. He met his wife, Chiyo Mori, in the Amache Camp in Colorado. They were married in 1949 and have two children. They moved to Eugene in 2007. 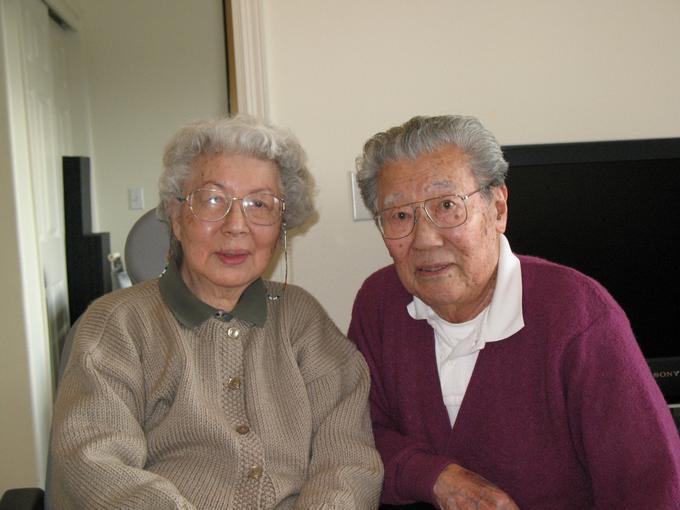